The Polish Tourism Organisation (POT) won recognition for the film Poland: Official Trailer. The video promoting our country won in the Best International Video Promoting a Country FITUR 2021 category of a competition organised by Madrid City Hall and the International Committee of Tourism Film Festivals. A similar distinction went to Kraków for the film #KrakowExperience promoting the city. 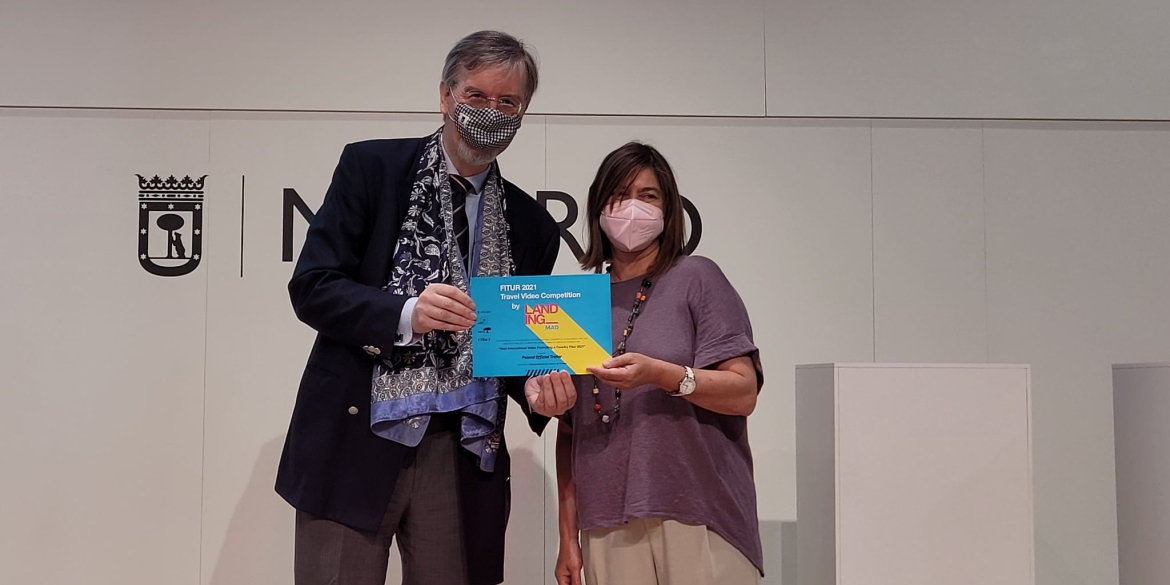 As in previous years, the FITUR International Tourism Trade Fair in Madrid also included Landing - New Trends on Tourism Communication, an event at which professionals from the audiovisual, tourism, marketing and advertising industries share ideas and experiences.

A prestigious competition for the best audiovisual works that the world tourism industry uses for communication is a regular part of the Landing event. The organisers are Madrid City Hall and the International Committee of Tourism Film Festivals (CIFFT).

This year the Polish Tourism Organisation (POT) was one of the winners. Poland: Official Trailer was produced by the POT and won in the Best International Video Promoting a Country FITUR 2021 category.

The decision was made by a panel of judges comprising professionals involved in tourism, marketing, advertising and journalism.

Poland: Official Trailer is available in many language versions. It is one of the main elements of a campaign running in social media on the Polish market, a dozen or so European markets as well as distant markets like Japan, China and Korea. In some of the countries covered by this promotional project, the video will also be shown at cinemas and in the form of outdoor advertising.

The concept of the video is based on the idea of a film trailer. It shows Poland’s natural and cultural assets in the form of a preview encouraging viewers to come here soon and see them for real. Poland is presented mainly through spectacular outdoor scenes and natural beauty. In its graphic aspect, the video also makes use of film-related associations: golden laurels are a leading motif, used to highlight a list of the biggest attractions.

This year’s competition brought Poland even more awards. The prize for the best film publicising a city went to Kraków. The video, entitled #KrakowExperience, won in the Best International Video Promoting a City FITUR 2021 category.