The fifth edition of the Polish Run competition organised in Brussels by the East Poland House and the Polish Embassy in the Kingdom of Belgium in cooperation with the Polish Tourism Organisation was a success. In addition to the athletics, the event was an excellent opportunity to promote Poland, especially the regions of eastern Poland. 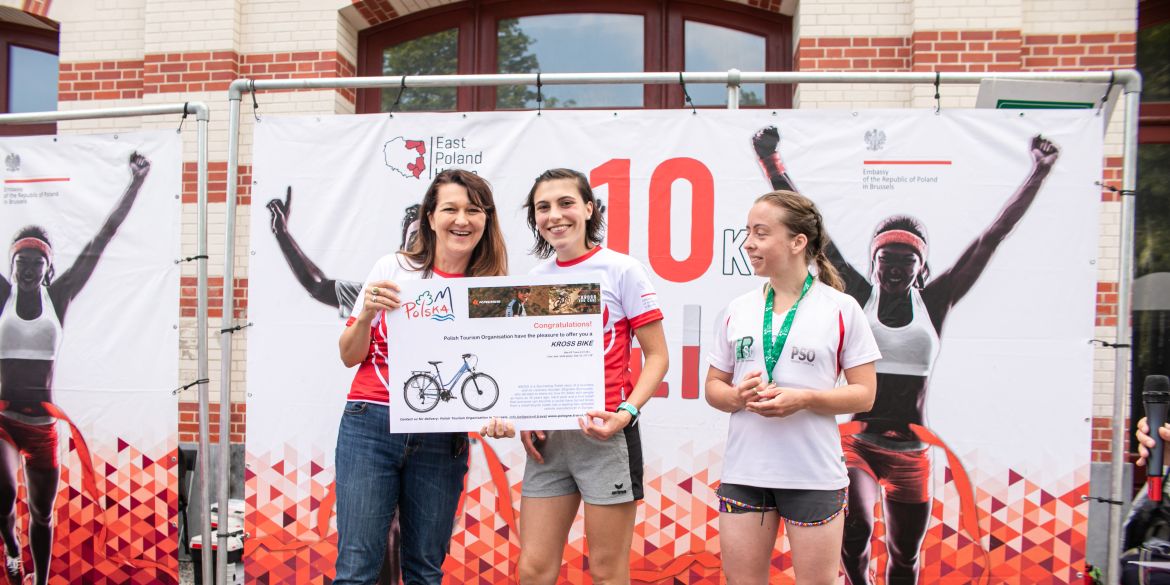 This year’s run was held as part of one of the most important running events that take place in Brussels, Trail Meyboom. Combining the Polish and Belgian events offered many advantages, such as an increased reach of the event and effective promotion of Poland among Belgian and international audiences.

On the first Sunday in September, more than 1,000 runners from many countries arrived at the starting line to tackle their chosen distance: 10, 20 or 40 km, using various techniques (running, walking, cycling). The Polish Run participants faced a 10 km run. This year’s competition edition offered excellent routes through forests that encircle the capital of Europe. While respecting nature, the event also raised awareness of the impact each runner has on the environment.

The purpose of the event was to promote Poland, and especially the regions of eastern Poland, to activate sports lovers, amateur and professional runners, and to promote healthy and sporty lifestyles. Among those invited to join were not only representatives of the Polonia, but all runners from different nationalities living in Belgium. In addition to the high participation of Poles, runners from 25 different countries took part in the run, as well as people who work in the EU institutions, many of whom appeared at the starting line.

The winners in both categories received great prizes promoting Poland. A weekend in the Grand Hotel in Kielce, funded by the Świętokrzyskie Voivodship, was won by the fastest male participant, while a high-end bicycle made in Poland and sponsored by the Polish Tourism Organisation was awarded to the fastest female. The winners were also presented with high-quality sports watches funded by the East Poland House, and with vouchers from the Shape Care physiotherapy studio. The Polish Run competition also granted special prizes to the oldest participants of both genders who received watches funded by the Polish Embassy’s Consular Department in the Kingdom of Belgium.

All participants who completed the run received a commemorative medal and T-shirt and special limited-edition socks marking the event sponsored by Business & Science Poland.

The run was accompanied by a promotional stand of the East Poland House, representing the Lubelskie, Podkarpackie, Podlaskie, Świętokrzyskie and Warmińsko-Mazurskie Voivodships as well as the Polish Tourism Organisation. As both the organisers and participants agreed, participating in the run was an excellent opportunity to “go back to normality” after the pandemic’s tiring 18 months.

The results of the competition are available at: www.chronorace.be