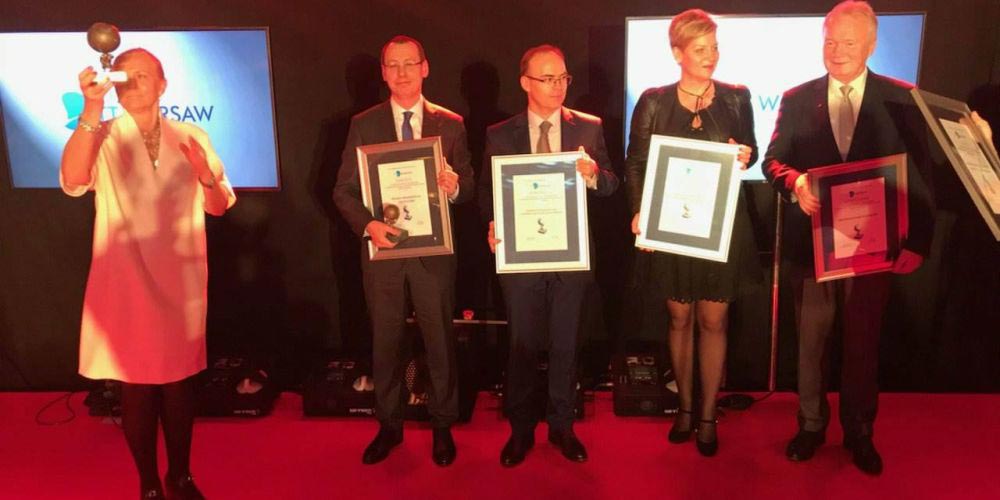 Poland became a partner country for the fourth time in the history of International Travel Show TT Warsaw, an event much valued in the tourism industry. The host of the national stand was the Polish Tourism Organisation (Polska Organizacja Turystyczna - POT). A jury composed of trade press journalists awarded the most original and professional stand taking part in the “Homo Turisticus” competition, and presented second prize to the modern and multi-media POT stand.

At an evening ceremony organised for the exhibitors President Robert Andrzejczyk (POT) received the prize from jury chairperson Jagoda Walczak of Wiadomości Turystyczne. The Polish national stand was visited by, i.a. Minister of Sport and Tourism Witold Bańka, Vice-Minister Dariusz Rogowski, and Chairman of the POT Council Jan Korsak.

The Polish Tourism Organisation opted for new technologies. A VR cinema transferring the spectator into the world of virtual reality was set up for the first time, offering four promotional videos made in the 360-degree technology. This is the first such advanced immersion project in Poland, in which the story of protagonists becomes part of the most magnificent areas in our country. This new approach towards a presentation of tourist attractions makes it possible to see the same video each time from a different perspective. Thanks to the application of the 360-degree technology visitors to the Polish pavilion can experience the impression of physically participating in the recounted story. They submerge themselves in the surrounding image and sound, almost feel the wind blowing on Mt. Kasprowy, wander across dunes in the Słowiński National Park, and contemplate a sunset.

During the first day of TT Warsaw representatives of tourist agencies became acquainted with the possibilities of using virtual reality (VR) technology in the presentation of tourist offers. On the second day their clients, i.e. tourists seeking places for spending leisure time, set off on virtual trips. Leaving the partner stand visitors gladly paused to visit a specially arranged Gif Budka photo booth.