MATKA Nordic Travel Fair, the largest event aimed at industry professionals and consumers to be staged in Northern Europe, wrapped up in Helsinki. 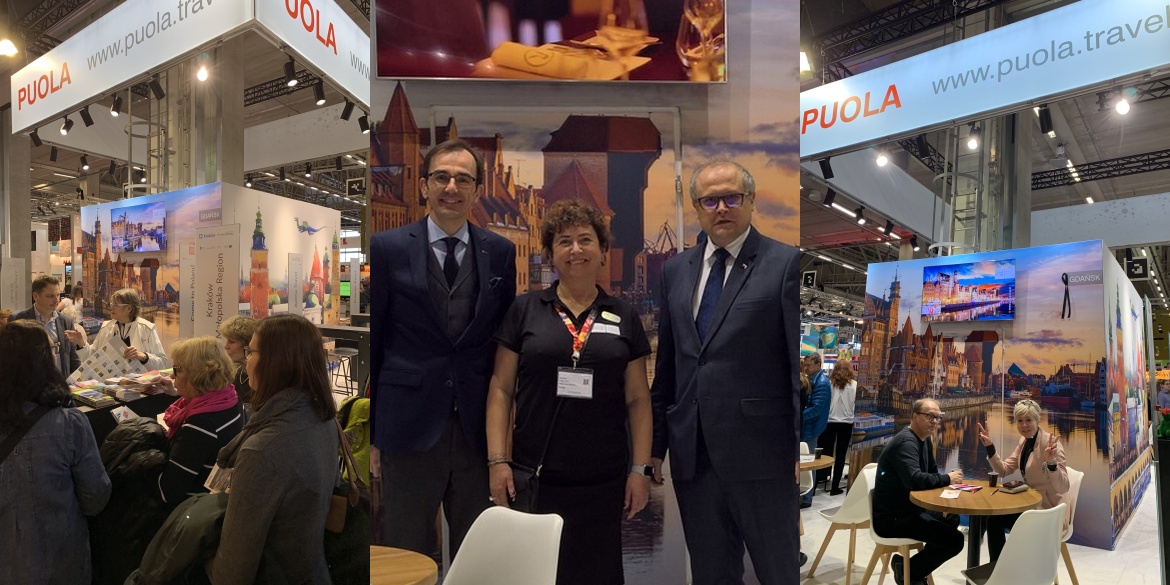 Polish Tourism Organisation (Polska Organizacja Turystyczna - POT) travelled to MATKA Nordic Travel Fair in Helsinki with its brand-new national stand, which showcased two regions - Pomorze (Pomerania; upon the example of Gdańsk and Sopot) and Małopolska with Kraków. Jarosław Suchoples, the Ambassador of the Republic of Poland to Finland, participated in the stand’s inauguration.

At the fair Małopolska Tourist Organisation continued its implementation of the project of “Promotion of economic offer, industry branches, leisure time and the support of Małopolska MSMEs in their expansion onto external markets”. The discussed promotion involved the participation of representatives of Małopolska’s key companies operating in the field of tourism and leisure time, such as Come To Poland, Ernesto Travel, Avena Travel and the Golden Tulip hotel chain in Kraków (Kraków City and Kazimierz).

In addition to Małopolska bureaus, the offer of Poland was also showcased by the Holiday Travel agency. Present in the Finnish market for a long time, it is now using the eTravel brand for promotion purposes and closely cooperates with the local Poltravel Oy bureau. Furnel Travel International, well-known and recognized in the Finnish market, also participated.

A novel and hugely successful feature involved the presence of the Polish Volleyball Federation, which thus accentuated the fact of Poland hosting 2019 Women’s European Volleyball Championship.

The fair provided visitors with an opportunity to learn more about volleyball in Poland - reigning World Champions, events whose organisation is considered to be the best in the world, and the calendar of events scheduled for 2019. There were also surprises for all guests prepared by Polish Volleyball Federation.

Finally, visitors could also learn about Poland’s tourist offer and cultural events hosted by the country by stopping by a stand arranged by the Polish-Finnish Society. Recently celebrating its 90th anniversary, it is one of the most active institutions of this kind in Finland.

This year’s fair was visited by close to 70,000 representatives of the industry, journalists and bloggers, as well as leisure travellers planning winter and summer holidays.