Ice sculptures of Palace on the Isle in Warsaw’s Royal Baths Park and Chopin’s Statue will be the greatest highlights of Japan’s highly popular Sapporo Snow Festival. An excellent opportunity to promote Poland among the more than 2 million spectators visiting it each year, the event will be held under the patronage of Polish Tourism Organisation. 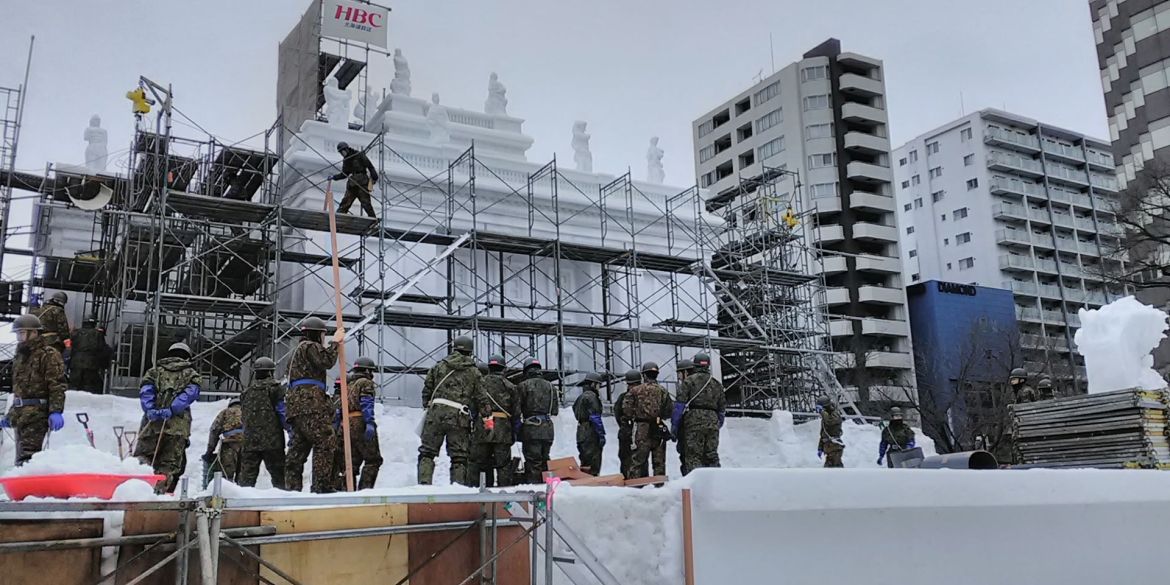 The Sapporo Snow Festival in Japan is a truly remarkable event that each year attracts more than 2 million visitors, including numerous tourists. Its media promotion reaches an impressive target group of 130 millions. The main highlight of each edition involves the ceremonious unveiling of ice sculptures, replicas of well-known architectural landmarks admired all around the world.

Up to now the Festival has featured, i.a. the Forbidden City complex in Beijing, the Arc de Triomphe in Paris, the British Museum in London and the Helsinki Cathedral.

This year it is the replicas of the Palace on the Isle in Warsaw’s Royal Baths Park and Chopin’s Statue that will act as the centrepiece of the exceptional festival. The former will be recreated in a scale of 1:1, and the latter - only slightly smaller. The ceremonious opening of the Festival and the sculpture unveiling was held on 4 February and attended by Paweł Milewski, Ambassador of the Republic of Poland in Tokyo, and Fumio Ueda, Mayor of Sapporo.

In addition, the Sapporo Snow Festival featured more Polish motifs such as the performance of a Hokkaido dance ensemble specializing in Polish folk dance and a Chopin recital by pianist Michał Sobkowiak for all enthusiasts of the eminent composer. The festival was also a first-rate opportunity to promote the key tourist highlights of our country, with Polish Tourism Organisation (Polska Organizacja Turystyczna - POT) preparing a presentation of its top must-sees. The focus on Poland was inspired by the 100th anniversary of the establishment of diplomatic relations between Poland and Japan.

The Sapporo sculptures were designed and carved by JGSDF Northern Army Signal Group. The event was developed in cooperation with the Embassy of the Republic of Poland in Tokyo and under the patronage of the Tokyo-based Polish Institute, Polish Tourism Organisation, Warsaw Tourism Organisation and Hokkaido-Poland Cultural Association.