For the whole day on 15 June the downtown of the Belorussian capital was dominated by a Polish ambience, enabling thousands of Belarusians to become closer to Polish culture. The event’s organisers - Polish Tourism Organisation, the Embassy of the Republic of Poland and the Polish Institute in Minsk - worked together with the city’s authorities. 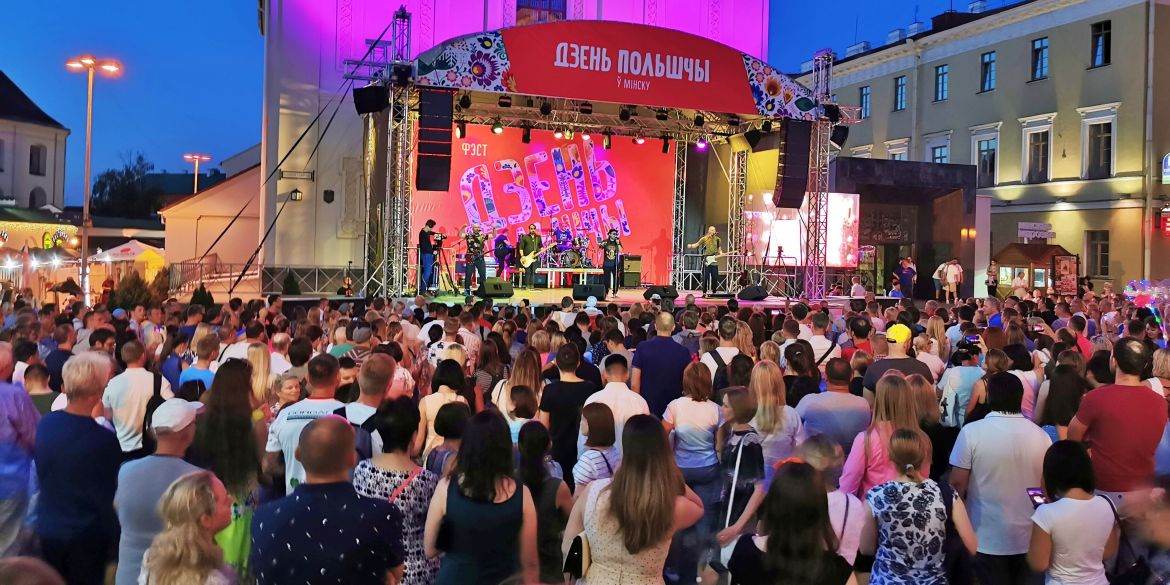 The festival was ceremoniously opened by Artur Michalski, the Ambassador of the Republic of Poland to Belarus, who emphasized that “It is important to get Poles and Belarusians reacquainted. I have the impression that even though we live next to each other, many obvious obstacles prevented us from become familiar with each other”.

The cultural highlights arranged by the organisers included performances by folk and dance ensembles representing the Polish minority in Belarus, a concert by an ensemble of the Szczuczyn-based cultural centre performing the best-known hits of Polish singer Czesław Niemen, a performance of Kraków’s street theatre Scena Kalejdoskop, which staged the Don Juan’s Heart on Fire play, as well as a concert by the popular Polish band Golden Life.

To celebrate the 200th anniversary of Stanisław Moniuszko, a composer born in the village of Ubiel (50 km from Minsk), the Capella Academia symphony orchestra, the choir of the Republic of Belarus, and soloists of the Bolshoi Theatre of Belarus conducted by Alexey Frolov performed the most famous works of the eminent artist.

Visitors to the festival could also admire several exhibitions, including 15 Years of Poland in the European Union, Sports according to Polish posters, a presentation of the Polish Humanitarian Action and a photo exhibition arranged by the Moscow-based Polish Tourism Organisation International Office (Poland, where you are always welcome!).

Finally, the discussed event also encompassed a meeting with writer Janusz Leon Wiśniewski and a chance to explore our country’s tourist highlights at stands of regional tourism organisations representing the voivodeships of Podlasie and Lubelskie, as well as a stand of the Polish Tourism Organisation International Office in Moscow.

The festival wrapped up with a fireworks show at 11 pm.