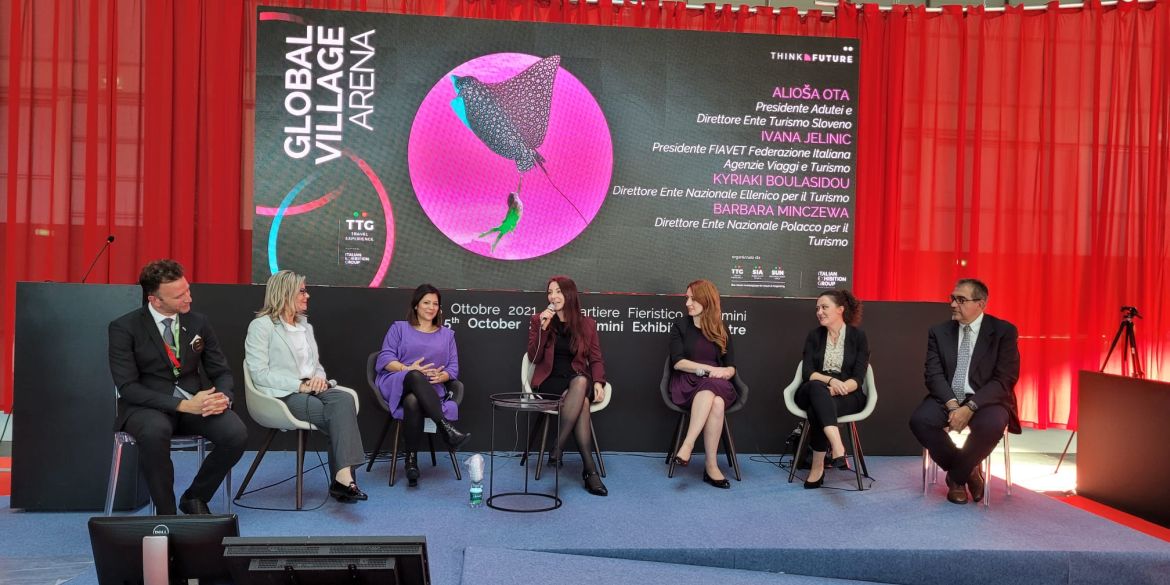 Poland was represented at a modern stand put together by the POT International Office in Rome. It was situated in one of the best areas of the pavilion dedicated to foreign destinations. The Polish exhibition generated a lot of interest among visitors, who appreciated not only the tourism offer of our country and the aesthetics of the stand but also the potential of Poland as a destination in the tourism market as it recovers from the effects of the pandemic. The national stand of Poland had five sub-exhibitors. These were entities active in the Italian market for tourism services, including one new one: Ivotrans, Jan-Pol, SOS Travel, Furnel Travel and Gościnne Zabytki.

The interest in the Polish offer at TTG is also evidenced by the fact that the director of the POT International Office, Barbara Minczewa, was invited to participate in the conference with the tour operator association FIAVET as a representative of one of the five selected foreign destinations. During the one-hour conference held by the consultant and author Roberto Gentile, well-known in the tourism industry, the future and development of outgoing tourism from the Italian market were discussed, along with prospects for renewal and tourism products from our countries, which are likely to enjoy the greatest interest of the Italians in the near future. The conference was also attended by the head of FIAVET, Ivana Jelinic, and the president of the Association of Foreign Tourism Boards in Italy - ADUTEI, Aljoša Ota.

TTG is a trade fair promoting destinations and tourism services, but also showing the directions in which the tourism business develops along with new promotion strategies in line with the changing consumer market, which are due to the spread of new sales technologies and the expectations of a young generation of customers. Each year, the organisers of the fair respond to market trends and the most interesting proposals on the international tourism market. This year’s edition was exceptional, seeing as after a difficult year of the pandemic, the numbers of visitors returned almost to the levels from 2019, which is interpreted as a very positive sign for the revival of domestic and foreign tourism in Italy.