The latest edition of Switzerland’s largest international tourist fair, FESPO Zurich, was staged at the turn of January. Polish Tourism Organisation arranged an information booth under the slogan of “Time for Poland”, presenting cities and regions connected with Switzerland by means of direct flights. 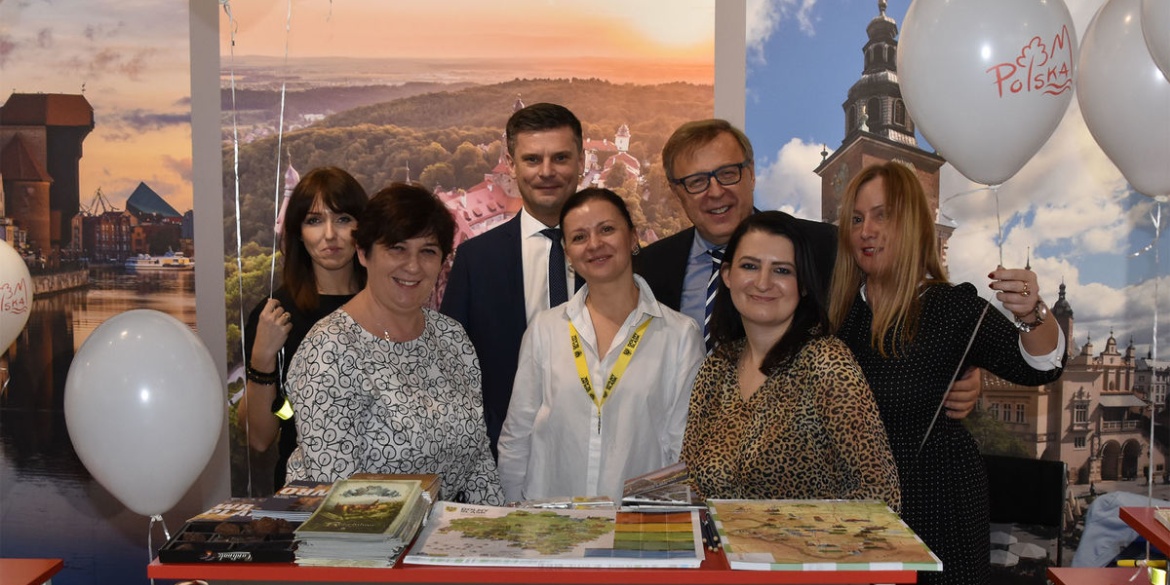 The fair exhibition took up 25,000 m2 in a modern exhibition hall in Zurich. 600 exhibitors from seven continents showcased their offer, which was viewed by 65,000 guests. The presentations of 250 worldwide destinations aroused great interest of visitors, while exhibitors appreciated benefits generated by participating in the discussed event.

The offers of holiday trips within Europe, including Poland, proved particularly popular. POT’s International Office in Vienna staged an information booth under the slogan of “Time for Poland”, which showcased cities and regions connected with Switzerland by means of direct flights. The stand in question featured representatives of Gdańsk (Pomorskie Regional Tourist Organisation), Kraków (Kraków Municipality representing Małopolska) and Wrocław (Marshal’s Office of Lower Silesia, Książ Castle). The general information presented about Poland’s tourist must-sees also attracted a lot of attention among visitors.

POT’s Vienna-based office, which organized the discussed undertaking, prepared a wide range of intriguing meetings and talks between Polish delegates and their partners from the Swiss market. A new direct flight from Zurich to Gdańsk sparked interest in the local market among organisers of group tours and leisure travellers. Taking part in a number of talks dedicated to cooperation and promotion in the Swiss market, Krystyna Hartenberg-Pater, Head of Pomorskie Regional Tourist Organisation, met with representatives of Swiss International Air Lines, the Travel Inside and Imagine magazines, as well as the ALDI SUISSE office. Piotr Wnukowicz, Head of Marshal’s Office of Lower Silesia, held fruitful talks with delegates of travel bureaus (Surp Travel, Marti), the media (Travel Inside, Travel News), as well as representatives of the organizer of the Swiss Travel Day workshop. In the latter case, talks concerned the option of Lower Silesia and Wrocław delegation taking part in the next Zurich workshop in 2019. Moreover, representatives of Castle Książ and Kraków Municipality were also involved in talks.

Having compiled a package of offers related to cooperation with particular regions and cities, Włodzimierz Szeląg, Head of POT’s International Office in Vienna, will now coordinate planned promotional undertakings in the Swiss market. Polish Tourism Organisation (Polska Organizacja Turystyczna - POT) was invited to participate in an event staged by Melzer Reisemobile and aimed at customers and residents of the city of Jestetten. Clemens Schulze, head of the company, arranges RV trips to Poland for his customer and partners.  During the event, he put forward a proposal to hold a multimedia presentation on Poland’s tourist highlights aimed at his guests.

In the course of FESPO the fair cinema also showed the “Time for Poland” multimedia presentation developed and hosted by POT’s International Office in Vienna. The delegation from Poland, at the invitation of organisers connected with the Travel Inside trade magazine, participated in the Insider After Work Apero (IAWA) event, which attracted more than 600 representatives of the tourist industry from all over the world. Polish delegates could also expand their contacts in the course of an official meeting staged for exhibitors by Stephan Amstad, FESPO Exhibition Manager of Bern EXPO Groupe.