“The number of Dutch tourists visiting Poland grows each year and you are already a recognized brand in our country”, Igno van Waesberghe, Honorary Consul of the Republic of Poland in Amsterdam, stressed in a speech given at the Vakantiebeurs fair in Utrecht. 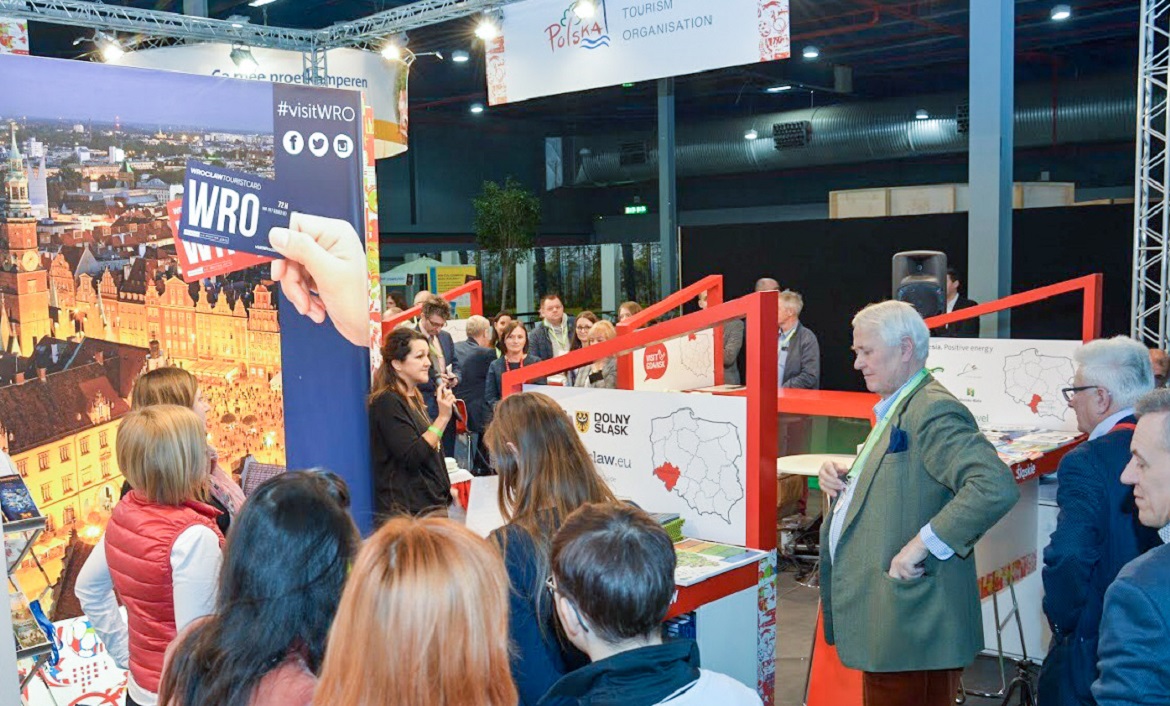 The organisers of the Vakantiebeurs fair underway in Utrecht expect more than 120,000 visitors. This is one of the most significant fair events in Europe, with Poland among the participants. Our national stand was arranged by the Polish Tourism Organisation (Polska Organizacja Turystyczna - POT) and its Amsterdam office.

The first day of the fair featured a borrel for journalists, the tourism industry, and bloggers, combined with sampling Polish specialties served by the Klein Zakopane restaurant.

The fair was accompanied by presentations of cities and regions. On Wednesday several dozen attendees attended a presentation given by Monika Trznadel about the tourist assets of the capital of Lower Silesia.

“The interest shown by the Dutch in Wrocław is growing and we can observe the positive effect of promoting the town as the European Capital of Culture of 2016”, points out Andrzej Pawluszek, Deputy Director of the POT International Office (Zagraniczny Ośrodek Polskiej Organizacji Turystycznej - ZOPOT) in Amsterdam.

Representatives of the Amsterdam-based ZOPOT inform us that not only the number of Dutch tourists visiting Poland is on the rise; the same is true of tour operators introducing Poland into their offer.

“The sale of Polish tourist products by the Dutch industry is growing significantly, with representatives of TUI Nederland announcing that last year’s sales of Cracow’s offer have increased by 100%”, says Magdalena Stoch of ZOPOT Amsterdam. It is not surprising, therefore, that the 2018 TUI catalogue devoted as many as 16 pages to the capital of Małopolska.

The Vakantiebeurs tourism and leisure fair began on Tuesday in the Dutch town of Utrecht. The Polish national stand arranged by POT and its Amsterdam International Office occupies an area of 72 sq m. promoting regions, towns, and travel agencies. The exhibitors include Lower Silesia together with Wrocław, the Gdańsk Tourist Organisation, Małopolska with Kraków, the voivodeship of Łódź, and Simonse Travel.

“The particularly numerous representation of legal entities from Silesia includes Euroregion Beskidy, the County of Bielsko, the County of Żywiec, the Silesian Tourist Organisation, the Marshal Office of the Voivodeship of Silesia, and the town of Bielsko”, says Dominika Szulc, Director of the Polish Tourism Organisation International Offices in Amsterdam and Brussels.

The event will last until 14 January and is accompanied by a social media and outdoor campaign conducted in Utrecht and Amsterdam.