In September 2017 for the first time in history Poland welcomed more than 100,000 visitors from the Middle Kingdom. 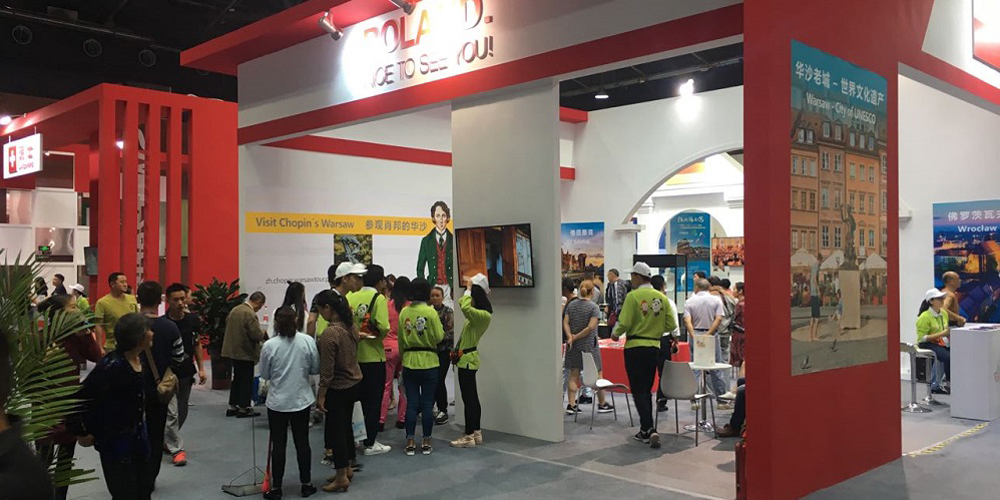 “We expected that the magic number of 100,000 tourists from China would be surpassed this year, but data obtained from the tourist market fill us with even greater optimism”, says President of the Polish Tourism Organisation (Polska Organizacja Turystyczna – POT) Robert Andrzejczyk. “We foresee that to the end of the year a total of 130,000 Chinese tourists will be reached. Next year POT will increase its activity in Asia, the conducive factor being an expansion of LOT Polish Airlines flight connections”.

The record number of arrivals from the Middle Kingdom is the effect of, i.a. the growing activity of the Polish Tourism Organisation on the Asian market. A POT International Centre in Beijing was opened two years ago on 25 November 2015.

The Central Statistical Office (Główny Urząd Statystyczny - GUS) published data concerning the use of accommodation facilities in Poland during the first three quarters of 2017. From January to September the number of visitors from the People’s Republic of China (excluding Hong Kong and Taiwan) reached 103,415, and the number of overnight stays – 168,466. Compared to an analogous period last year this is an increase of 67.6% and 60.9%, respectively.

GUS data demonstrate that among all visitors to Poland tourists from the Middle Kingdom spend the most – an average of 7,800 PLN.

Data about the number of tourists from the People’s Republic of China are supplemented by indices pertaining to visitors from Hong Kong. Almost 9,000 guests from this region came to Poland in the first three quarters of 2017 and were offered 15,500 overnight lodgings. In comparison with an analogous period in 2016 this marks a growth of 23.1% and 27.4%, respectively.

For several years, the Polish Tourism Organisation has also been conducting image and promotional campaigns on the Asian market, with particular emphasis on China, addressed to local tour operators, media, bloggers and tourists aged 30+ (residents of large cities). Promotion carried out by POT makes use of all sorts of marketing measures - television, Internet, the press, large format advertising, workshops, and fam trips.

Cooperation within the field of tourism is an essential part of all relations between Poland and China.

Dariusz Rogowski, Deputy Secretary of State in the Ministry of Sport and Tourism, emphasized with great satisfaction that China has become the leading country as regards the number of Asian visitors in Poland. The recent period witnessed a considerable development of cooperation in tourism between our countries. The international agreement signed during an official visit paid to China in May 2017 by Beata Szydło, Chairman of the Council of Ministers, was an essential expression of this cooperation.