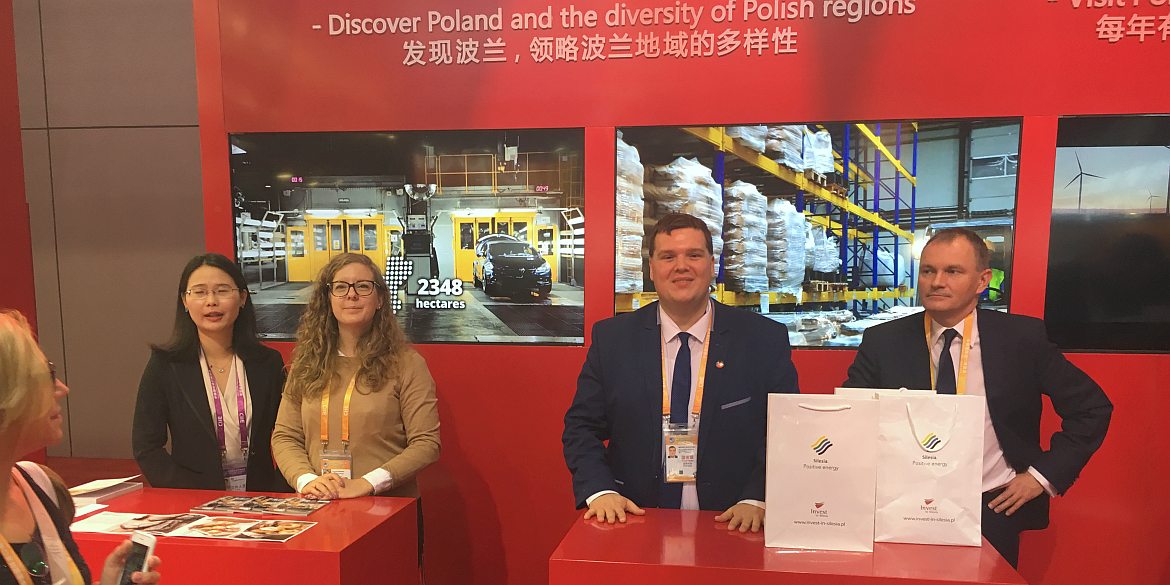 Held on 5-11 November, the event was attended by close to 80 Polish companies wishing to make Chinese partners interested in their products. Visitors to the Polish National Booth could enjoy concerts of Chopin’s music, obtain information about Poland’s tourist offer, learn more about select product of expo participants, try out Polish beer or have photos taken with hostesses wearing Polish folk attire.

A table decorated with amber gemstones and gold flakes also received great acclaim. Ever since ancient times amber has been exceptionally admired in the Middle Kingdom, where it was believed that upon the death of a tiger its spirit would become amber and the source of its exceptional colour.

This year’s expo proved immensely popular. Organisers estimate that it was attended by more than a million visitors and among them were some of China’s highest-ranking officials, including Xi Jinping, President of the People’s Republic of China, and Liu Yandong, former Vice Premier, who stopped by our booth to recall her last stay in Poland and take a look at the exhibited products.