A seminar on health tourism was a special element of the program of the Polish offer at the TravelMatch tourism industry workshops in Oslo. Poland was a partner country at the event’s seventh edition. 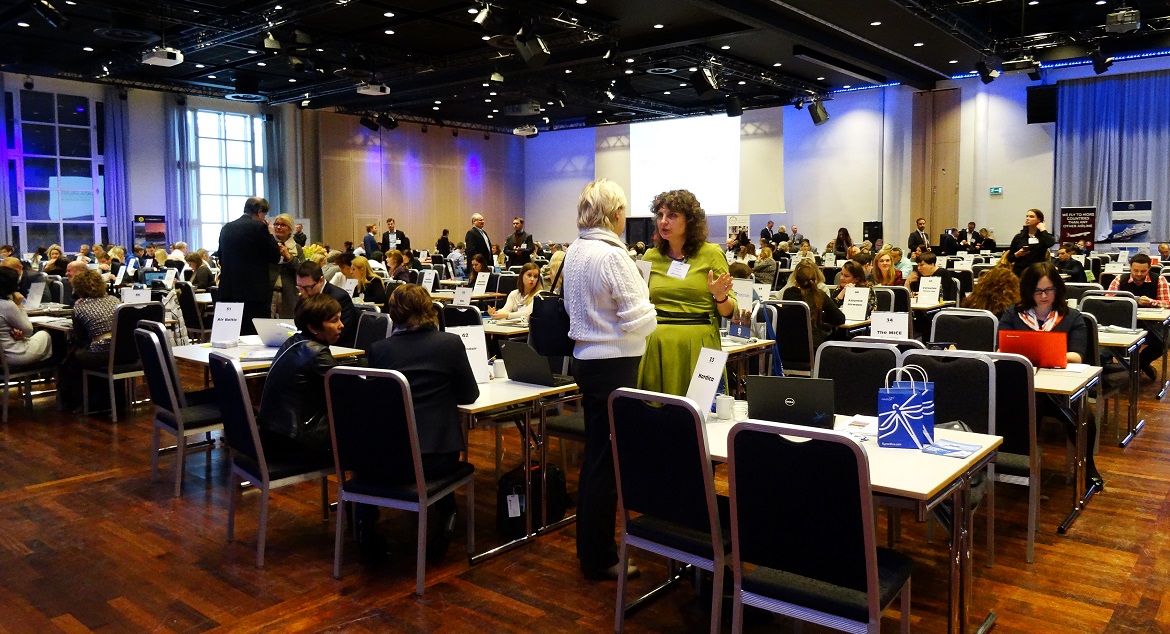 The TravelMatch workshops in Oslo are the largest event of its sort in Norway – an opportunity for almost 150 exhibitors to meet up to 200 representatives of the Norwegian tourism sector. Poland acted as a partner country at the seventh edition of the event, which took place on 11 January at the Oslo Congress Centre.

Within the range of partnership the Polish offer was widely exhibited at the site of workshops and during particular items of the program. Logotypes of the Polish Tourism Organisation (Polska Organizacja Turystyczna - POT) and other exhibitors were featured on www.travelmatch.no, digital screens in front of the entrance to the building, in the course of the registration, during lunch, and on three screens in the hall hosting the workshop talks.

Apart from the POT logotype the screens also displayed logotypes of the Pomorskie Tourist Board, the chief partner of the project in question, and LOT Polish Airlines, which in March 2018 will launch a direct flight connection between Oslo and Warsaw.

In the course of workshops screens were showing promo videos, i.a. of offers of city breaks in Poland, Pomerania, Sopot, and Warsaw. Polish culinary accents were also present: sandwiches enhanced with elements of traditional Polish cuisine (cranberries, honey, pickled cucumbers) and marked with miniature Polish flags were served for lunch, while napkins featured the logotype of Pomorskie Prestige, a culinary brand already familiar in Norway.

A special element of the workshops was a seminar on health tourism, held as part of sub-measure 3.3.2: “Promotion of economy upon the basis of Polish brand products - The brand of Polish economy - Brand”, co-financed by the Ministry of Development. The seminar was included in the workshop agenda, and the registration of participants was conducted within the system of workshop registration. More than 70 attendees watched a promotional video dedicated to the potential of health tourism in Poland. The video was complemented by a presentation indicating the distinctness of the offer in particular regions of our country, and providing an opportunity to gain additional knowledge about the almost 20 representatives of the Polish tourist industry present at the workshops.

A special mini-brochure prepared for the workshops acted as a guidebook to the Polish representation at TravelMatch and was included in the welcome packets provided for all Norwegian attendees.

Logotypes of partners and promotional videos about, i.a. LOT Polish Airlines, Warsaw, Sopot, and Polish cultural attractions were displayed during the seminar and, subsequently, at a mingle summing up the workshops attended by the Norwegian industry and exhibitors.

Both the Polish tourism industry and the invited Norwegian guests reacted extremely enthusiastically to the event, accentuating the purposefulness of the seminar and its attractively prepared theme as well as the growing interest in Poland as a tourist destination in the Norwegian market. The Polish industry also profited from additional opportunities to find new partners during less formal meetings.