In the first three quarters of 2019 our country was visited by 8.2% foreign tourists more than in the first nine months of 2018. The greatest growth rate was recorded in the South Korean market - 67.3%. 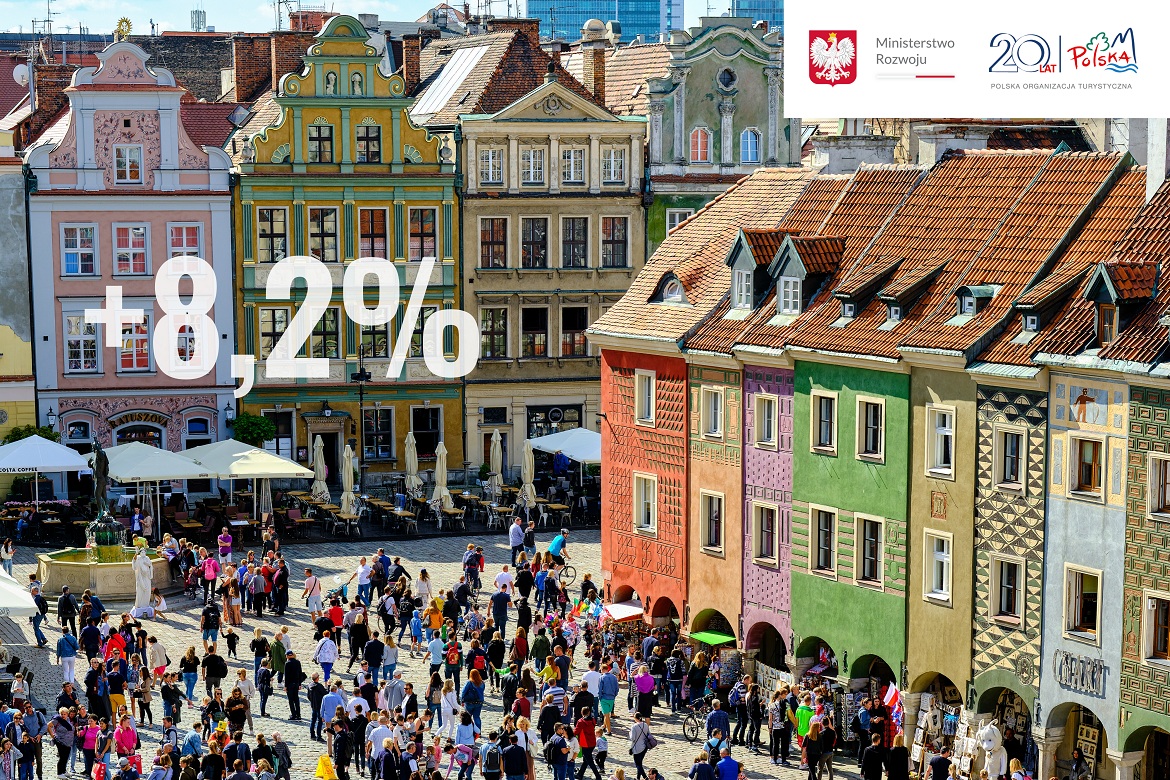 Data covering the first three quarters of 2019 are highly promising. In the first nine months Poland was visited by 16.3 million tourists. According to forecasts for the whole year, 2019 was distinguished by a record-breaking number of tourists travelling to our country.

“We are especially glad to see the stable growth of the number of tourists from European Union member states, with particular emphasis on EU-15, that generate close to 57% of all foreign arrivals. The growth of 5.3% recorded in the first nine months of 2019 means that the number of tourists from the 15 countries increased by more than 460,000”, explains Andrzej Gut-Mostowy, Secretary of State at the Ministry of Economic Development.

“The growth noted by faraway markets is connected with, among other reasons, the dynamic expansion of the air route network operated by PLL LOT. We are talking about very important tourists, who on average stay more than 16 days in Poland and spend more than 5,500 PLN per person. Polish Tourism Organisation maintains an active presence in all of the discussed markets, with the exception of Australia. I would also like to draw attention to the number of tourists from China growing by more than 11% and the stabilization of the Israeli market. In the latter case, fewer flights did not affect the number of arrivals, which maintained a level similar to 2018”, analysed President of POT Robert Andrzejczyk.

* Including Hong Kong and Macau