The winter media campaign “Fall under the spell of Poland” proved to be a great success, with promotional activities carried out from mid-December 2018 to 10 January 2019. For the first time the content applied in the campaign was developed together by regional and local tourist organisations in cooperation with POT. In addition, the regions could also choose which target markets they wanted to bring their advertisements to. 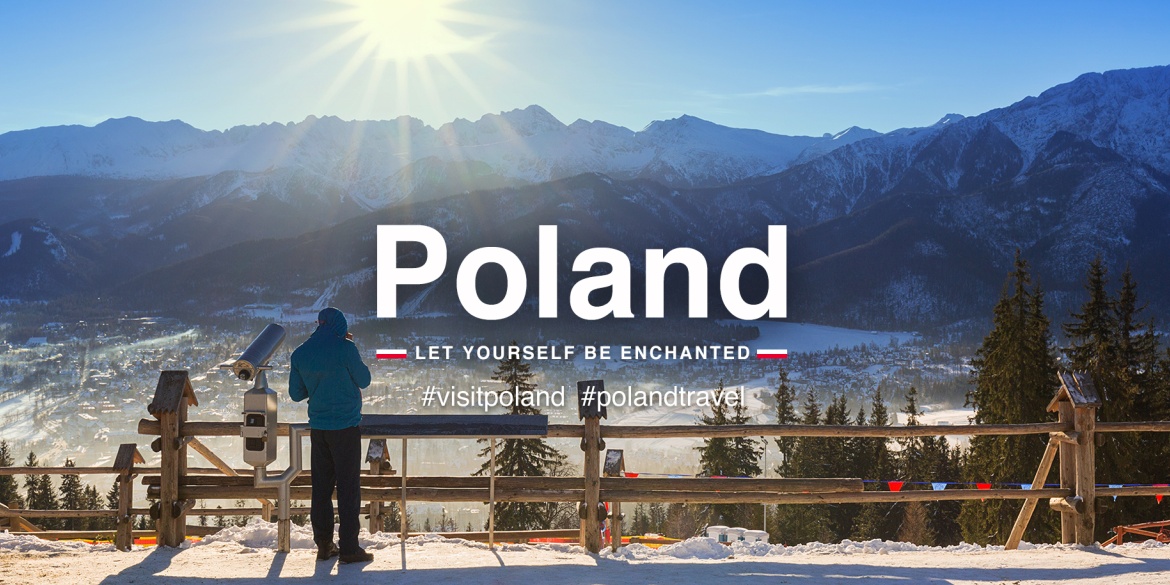 During the campaign’s implementation Polish Tourism Organisation (Polska Organizacja Turystyczna - POT) cooperated with regional and local tourist organisations as well as city authorities. The list of promoted cities and regions included Gdańsk, Lublin and adjacent region, Katowice and Beskidy Mountains, Kraków, Poznań, Toruń, Warsaw, Wrocław, Lower Silesia, Małopolska and Pomorze (Pomerania). Regional and local tourist organisations and cities could decide which markets they want to aim the information at. Promotional content was targeted at the residents of Austria, the Czech Republic, the Netherlands, Germany, Norway, Sweden, Hungary and Great Britain.

For the purposes of the discussed campaign, appropriate language versions of the polska.travel website featured special tabs allowing users to become familiar with the offer of participating cities and regions. Sites dedicated to the campaign included photos, videos and articles showcasing Poland’s key attractive places. Tourists visiting the website could also immediately reserve a stay in a given city through a booking system. All the content was developed in cooperation with regional organisations. “Fall under the spell of Poland” combined POT’s experience in conducting campaigns in foreign markets with regional organisations’ expertise in their offer.

The undertaking was implemented in two stages. The first one promoted Poland as a country of Christmas fairs and a place where you can purchase truly wonderful Christmas gifts. The second message was encouraging wintertime relaxation in Poland in the Christmas season, on New Year’s Eve and in winter holidays. In addition to an urban offer, the campaign presented recommended ways of spending active time outside of big cities. Taking into account the traffic generated by subpages dedicated to particular regions, Kraków, Lower Silesia, Poznań and Małopolska were the most popular.

The campaign was implemented through all leading online communication channels: Facebook, Instagram and Google’s search engine. It was also present in the largest horizontal portals of countries, whose residents constituted the project’s target group.

More than 750 various advertising formats were developed with the campaign in mind. Close to 17 million web users visited the website, 76% more than originally expected. In total, the visits generated more than 107,000 clicks. In 2019 POT is planning to continue this sort of cooperation with regional tourist organisations.