In the second half of October Poland hosted the annual convention of the Mapaplus group, with tour operators from numerous Latin American countries and Spanish-speaking parts of the USA analysing results from 2017. During the event they also discussed new European tour programs for their clients, i.a. stays in Poland. 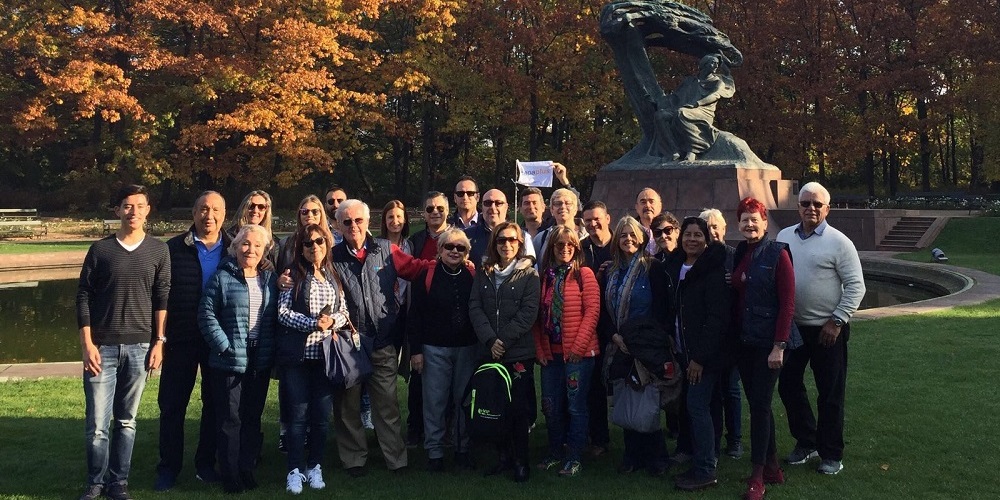 The choice of our country as the site for organising the event is evidence of Poland’s growing importance as a tourist destination in this part of Europe. The Polish Tourism Organisation (Polska Organizacja Turystyczna - POT), together with local and regional tourist organisations, assisted primarily in arranging a fam trip in which a considerable number of the convention attendees took part. It also made sure that foreign guests became familiar with the unforgettable tourist attractions of major Polish cities. POT counts on the fact that these initiatives will result in an increased influx of tourists from Latin America both in the short and medium term.

For the majority of the participants this was their first visit to Poland, and they expressed their impression as “remarkable in a highly affirmative meaning of that word”.

Latin American tourists, distinguished for their high buying power, go on numerous trips to Europe. In the course of successive voyages they willingly discover countries and regions different from such classic, well-known, and acknowledged destinations as London, Paris or Rome.

The tourism industry in Latin America and the Spanish-speaking parts of the USA readily arranges European stays for its clients through Spanish and Portuguese tour operators owing to common linguistic, historical, and social roots.

The Polish Tourism Organisation wishes to thank the regional tourist organisations of the Pomorskie (Pomerania), Kujawsko-Pomorskie (Kuyavia-Pomerania), Dolny Śląsk (Lower Silesia), and Małopolska regions, the Warsaw Tourist Office, the Poznań Local Tourist Organisation (Poznańska Lokalna Organizacja Turystyczna), and the promotion offices of Wrocław and Kraków for their help in organizing the fam trip and making it possible for the stay in Poland to remain for long in the memory of the guests. Knowledge gained about Polish tourist attractions will certainly assist in the promotion and sale of programs involving Poland.