Łódź has been recognised by the prestigious international magazine National Geographic Traveller, being the only place in Poland to make it onto the Best of the World 2022 ranking list. The Polish city won appreciation in the Sustainable Development category. 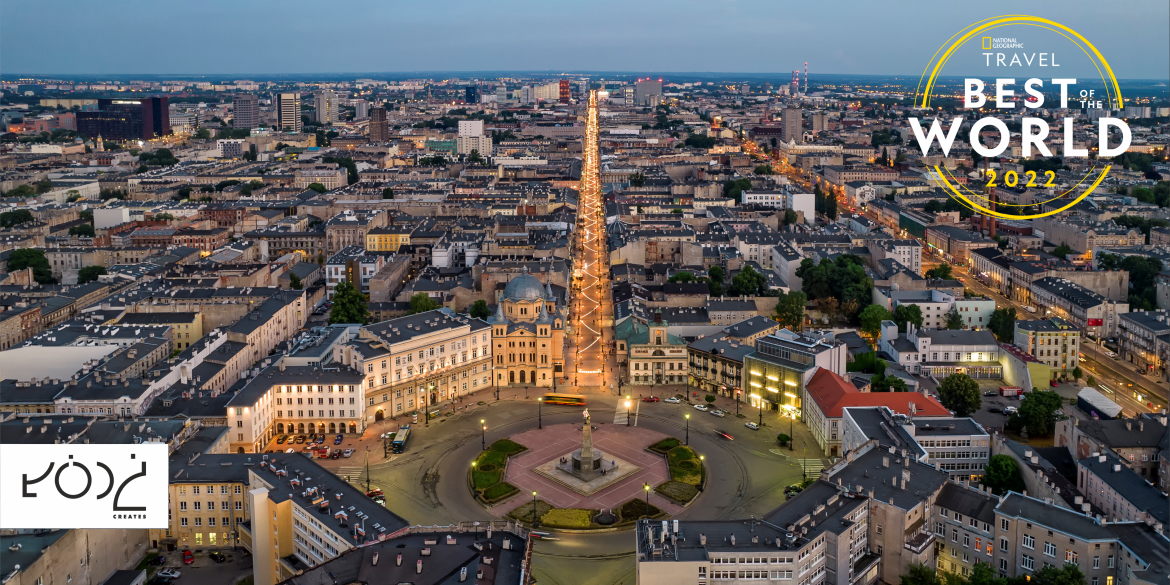 “Łódź’s presence on the Best of the World 2022 list is a great honour and excellent promotion for what is one of Poland’s most fascinating cities”, says Agnieszka Franus, editor-in-chief of National Geographic Polska and National Geographic Traveller. “I am very impressed with how it has been changing lately, how it nurtures its post-industrial image and revitalises former factories, turning them into busy hubs of residents’ lives and places for meetings, while also becoming a sustainable development leader. Once one of the most industrialised cities in Poland, today its ambition is to be the greenest. Come and visit Łódź, you’ll not be disappointed!”, she adds.

Every year, local National Geographic Traveller editorial offices from all over the world enter places and attractions as candidates for the worldwide poll. The head office in the United States selects 25 sites that people should definitely visit in the coming year. Tourist destinations are chosen in five categories: Adventure, Culture, Nature, Family, and Sustainable Development. Łódź was submitted by the magazine’s Polish office, whose members visited the city in July 2020 at the invitation of the Łódź Tourism Organisation. The first effect of this trip was Michał Cessanis’ article “Fabryka zmian” (“Factory of Change”), published in National Geographic Traveller issue 10/2020.

“We are extremely happy with the collaboration with National Geographic Traveller and Michał Cessanis, who makes no secret of his love for our city and has become its ambassador, so to speak”, comments Tomasz Koralewski, president of the Łódź Tourism Organisation. “It is a great honour for us also in terms of tourism, which is still rebuilding after the pandemic. Having Łódź recognised by this prestigious magazine underlines how special our city is and how much it can offer tourists. Making it onto the Best of the World 2022 list confirms that Łódź is a unique place on a global scale, and we are very proud that this has been noticed and appreciated”, he adds.

“Over 30% of Łódź’s area is greenery, including Łagiewniki Forest, one of the largest urban forest complexes in Europe”, points out National Geographic Traveller’s Martyna Szczepanik. “It is also worth pointing out the role of revitalisation, which turns old factory complexes into post-industrial parks, culture centres, or vibrant artistic and culinary districts”, she adds.

“We are very pleased that Łódź has been chosen as one of few destinations in the world in the National Geographic Traveller poll”, says Łódź Mayor Hanna Zdanowska. “We’re glad that our effort put into revitalisation, into bringing greenery to the urban space, has been noticed and appreciated. We are doing a great deal to make Łódź increasingly sustainable, friendly to residents, tourists and the environment. I am convinced that including us on the prestigious Best of the World 2022 list is a great opportunity for Łódź in terms of extensive promotion and becoming known on the international scene as a unique and sustainable place”, she adds.