Jury members of the “Fietsroute van het Jaar” (Cycle Route of the Year) competition, organised upon the initiative of Fiets en Wandelbeurs, the largest cycling and walking fair, announced nominees to this year’s award for the cycle route of the year. 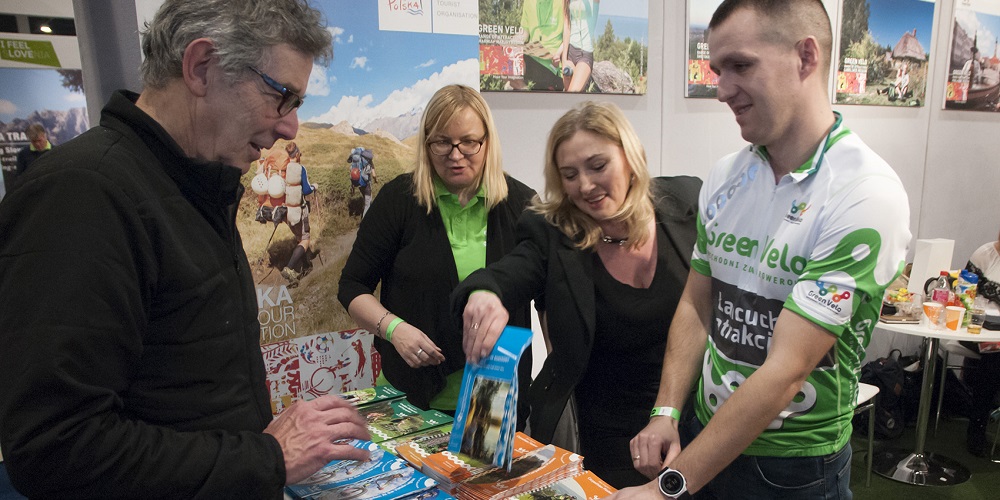 Nominees to the first prize included the Polish Green Velo route. The objective of the competition is to stimulate the development of bike tourism in European countries and the promotion of pertinent initiatives.

“Interest in the Polish product is the result of the fact that the Dutch readily visit Poland and wish to pursue this type of active leisure in our country“, says Dominika Szulc, Director of the Polish Tourism Organisation International Centres (Zagraniczne Ośrodki Polskiej Organizacji Turystycznej - ZOPOT) in Amsterdam and Brussels.

This year the four routes nominated to the award were: ViaRhôna in Switzerland and France, Maasfietsroute running across France, Belgium, and the Netherlands, Kattegattleden in Sweden, and Green Velo in Poland.

“All routes were inspected by the competition jury members, who as ‘mystery guests’ for almost two months tested assorted sections”, emphasizes Andrzej Pawluszek, Deputy Director of ZOPOT Amsterdam. We shall find out the winner’s identity on 2 March 2018 at a ceremony held at Fiets en Wandelbeurs in Utrecht.

In 2016 ZOPOT Amsterdam, together with the Lublin Regional Tourist Organisation, held a press trip for sport journalists to a section of Green Velo.

“This year, together with representatives of all Green Velo regions we promoted the route at the Fiets en Wandelbeurs cycling and walking fair in Utrecht”, says Małgorzata Duijnamyer of ZOPOT Amsterdam, at the same time stressing that the Green Velo trail was also one of the more important tourist products promoted by ZOPOT Amsterdam online. The campaign proved to be a success as evidenced by dozens of questions posed by tourists planning to set off for Green Velo.