The stay of French journalists in Kraków on 21-24 June was staged by Polish Tourism Organisation in cooperation with the Polish Institute in Paris and the Ministry of Foreign Affairs. The meeting focused on the Jewish Culture Festival, which for the 29th time attracted participants from all over the world. 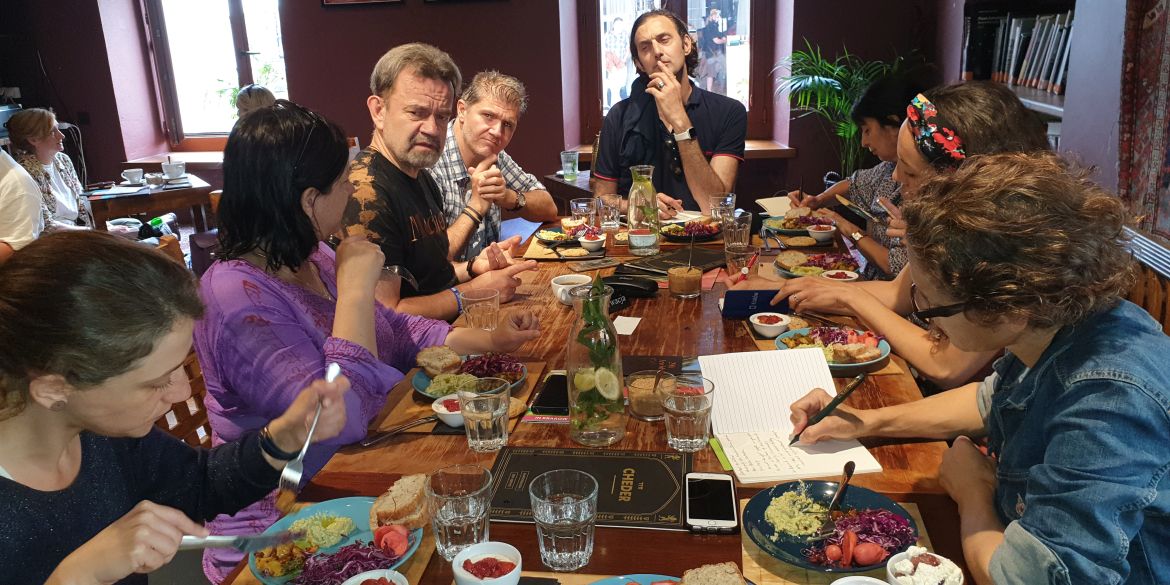 The fam trip for journalists representing French media involved eight participants from news and tourism media, as well as magazines specializing in history and Jewish culture. The tour’s itinerary placed emphasis on items on the festival’s agenda, such as concerts, sightseeing synagogues and meetings with organisers. In addition, the schedule made it possible to tour Kraków and its key highlights, including Wawel complex and Collegium Maius, as well as to participate in traditional Polish open-air summer solstice celebrations.

Moreover, visiting journalists could also become familiar with quintessentially Polish cuisine and its modern variations, and sightsaw places connected with Kraków’s title of the European Capital of Gastronomic Culture 2019.

After the trip’s wrap-up, the journalists praised the itinerary of Kraków tours and involvement in the Festival. Furthermore, they were in awe of accommodation standards (Hotel Rubinstein in the very heart of the Kazimierz district) and the already legendary high quality of Kraków restaurants. The schedule developed by Polish Tourism Organisation International Office in Paris made it possible to showcase the comprehensive cultural offer of the city and its tourism-related potential.