The Polish Tourism Organisation (POT) and its partners have organised several press trips for French media. The visits, taking place under a strict sanitary regime, have yielded extensive publications in high-circulation titles. 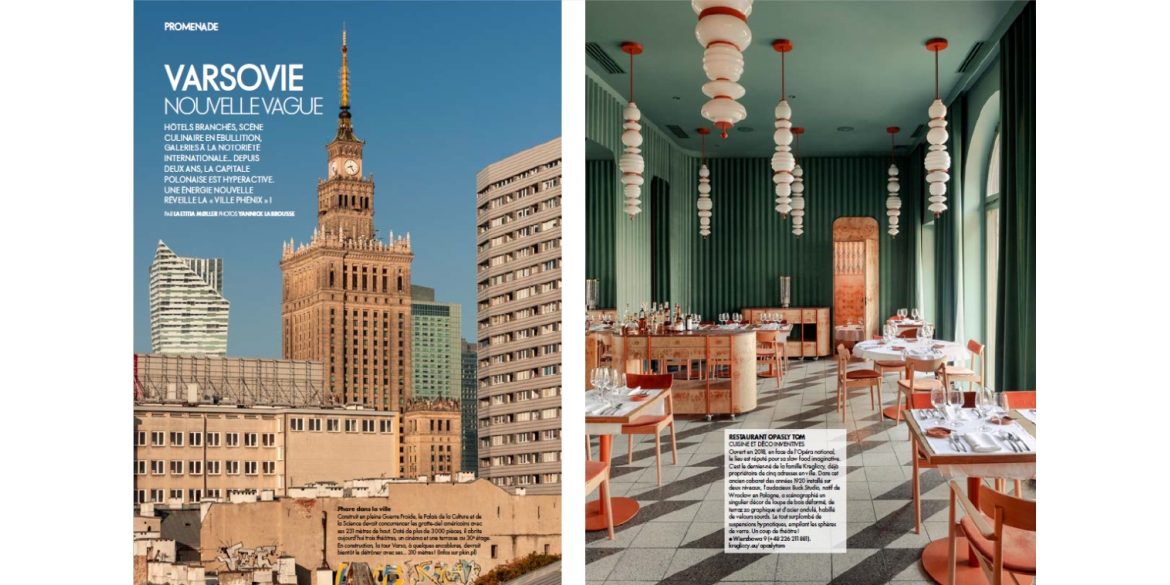 At the POT’s invitation, Poland’s Podhale, Pomerania and Łódź regions were visited by reporters from ARTE public television. As a result, three 15-minute materials, about Zakopane and the Tatra Mountains, Gdańsk as the amber capital, and the history and culture of the city of Łódź, were shown on the travel and culture programme Invitation au voyage. ARTE broadcast each of them twice in France and twice in Germany; via satellite, they were available in 47 other countries as well. The programme can also be accessed on the www.arte.tv website. The episodes about Poland can be found under the following links:

The POT also organised a press trip to Warsaw for journalist Laetitia Moller and photographer Yannick Labrousse from ELLE Décoration magazine, to produce a reportage on the contemporary image of the Polish capital.

In late January the magazine published a richly illustrated 10-page article showcasing Warsaw’s most interesting cultural sites, restaurants and hotels. The focus was on the architectural aspect of these places as well as their interior design.

Organising the visit, the POT worked together with the Warsaw Tourism Bureau.