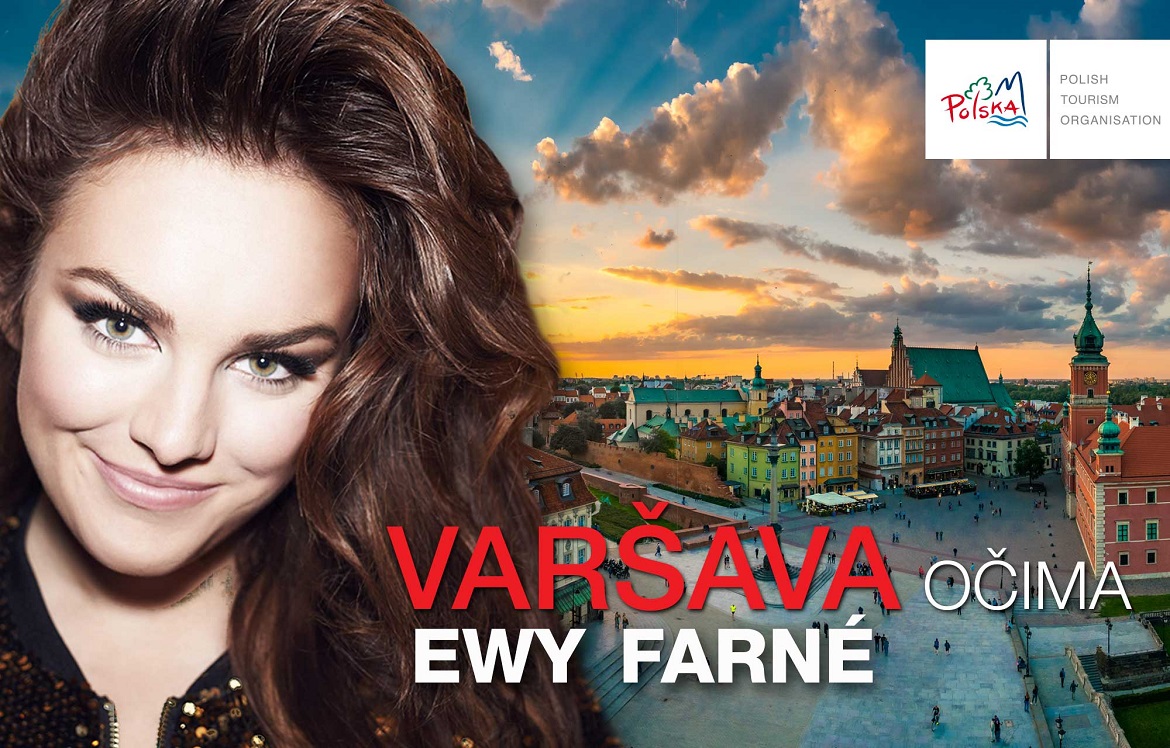 “Ewa Farna is a well-known, admired and recognizable singer not only in Poland, but also in her homeland of Czech Republic. We intend to focus on a slightly different side of Poland and take advantage of the mechanism of personal recommendation. The artist will show our country through personal experiences and then share her impressions via the social media networks she runs and online. I am convinced that this will be a credible and intriguing method of demonstrating the attractive character of our dynamically growing country”, says President of Polish Tourism Organisation Robert Andrzejczyk.

Produced in partnership with Farna, the campaign is the most recent component of a promotional strategy implemented in 2018 and based on innovative online projects.

The singer is already sharing her experiences and emotions through social media profiles, i.a. on Instagram and Facebook. The first posts were published on Sunday and will be followed by accounts from places visited by Farna.

“I have lived in Warsaw for more than a year; in the last decade I frequently visited it for business. I see the rate at which Warsaw is growing, have my favourite places here that are worth recommending and which I will be glad to share with the Czech audience. I look at Kraków as a smaller architectural counterpart of Prague. Ever since I was a child I have simply adored this city of an artistic spirit and magical ambience. I am remarkably fond of Wrocław and I love the gnomes that will surprise you all over the city. I am really glad to be joining a promotional campaign intended to encourage the Czechs to discover Poland through my eyes. After all, Poland and the Czech Republic are so close”, said Ewa Farna.

Accompanying the social media promotion, a banner campaign will be launched on 20 July on Czech’s top online portals: cestovani.idnes.cz, aktualne.cz, novinky.cz. The banners will be directed to the polsko.travel website, which will feature a top ten of the singer’s must-sees in each Polish city chosen to be included in the campaign.