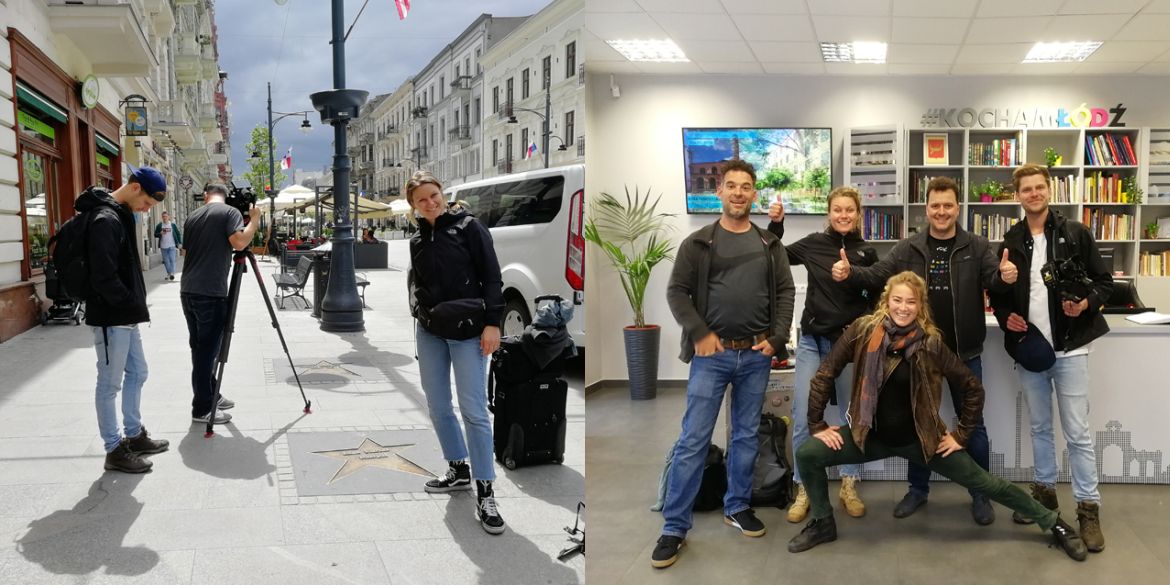 Delegates of BDU Media newspapers, Herenhuis magazine and Puur op Reis portal toured not only the city’s essential historical highlights, such as Izrael Poznański’s Palace, Manufaktura complex or Piotrkowska Street, but also the EC1 Science and Technology Centre, Art Inkubator and the Survivors Park. Dutch visitors enjoyed a bike trip to Księży Młyn former factory complex. The stay was planned to coincide with the Łódź Design Festival, enabling visitors to explore the offer and talent of young Polish designers. The journalists’ post-tour viewpoint was best expressed by Jurgen Hillaert, a representative of BDU newspapers: “Łódź is a surprising and wonderful city, a true eye-opener, a fabulous combination of history and modernity, which fully deserves to be discovered by Dutch tourists. This trip raised my enthusiasm to explore other destinations in Poland”.

Journalists visiting Łódź were subsequently followed by a TV crew of the popular travel show 3opReis (Channel 3 Travels). Its host Geraldine Kemper, a household name in the Netherlands, uses the more eco-friendly method of travelling around Europe by train to discover attractive destinations acting as an alternative to their larger and commonly-known counterparts. Her itinerary in Poland featured Łódź and the region of Pomorze Zachodnie (Western Pomerania).

The show’s authors spotlighted Łódź as an example of a European city that successfully used its post-industrial heritage to transform into a highly attractive tourist destination. It is precisely the combination of historical monuments with modernity and design bursting with life and youth that creates such an unforgettable experience for all visitors to the city. The TV crew also did not forget about the Film School in in Łódź - no wonder, since both groups of journalists were hosted by the atmospheric Stare Kino hotel, whose interior design refers to the history of Polish and world cinema.

The tour of Łódź was followed by an introduction to historical monuments of Szczecin and, later on, a nature trip out of the city plus a relaxing evening by a bonfire next to a fisherman’s hut. Two different places, two different moods.

Intensive promotion of tourist must-sees of Łódź in the Dutch market was launched a year earlier and apparently quickly produced effects. Encouraged by the Regional Bureau of the Voivodeship of Łódź, in January 2018 the local tourist industry for the first time attended Vakantiebeurs, the largest tourist fair in the Netherlands, and in March - the Fiets & Wandelbeurs fair dedicated to cycling and hiking. Its delegates also took part in Amsterdam-based MICE workshops together with representatives of the Dutch tourist sector.

Tourism trends in the Kingdom of the Netherlands show that consumers are getting bored by visiting the best-known destinations and look for inspiring city-trip concepts, far from mass tourism. By placing second in Lonely Planet’s prestigious ranking for Best Value Destination 2019 Łódź additionally boosted the interest shown in the city.