The Taobao platform, owned by Alibaba, was the site of a shopping live stream promoting products from selected countries belonging to the 17+1 initiative, including Poland. Wearing a Kraków regional costume, the director of the POT International Office in Beijing, a guest of the event, spoke with the hosts about Poland’s wide tourism offering. 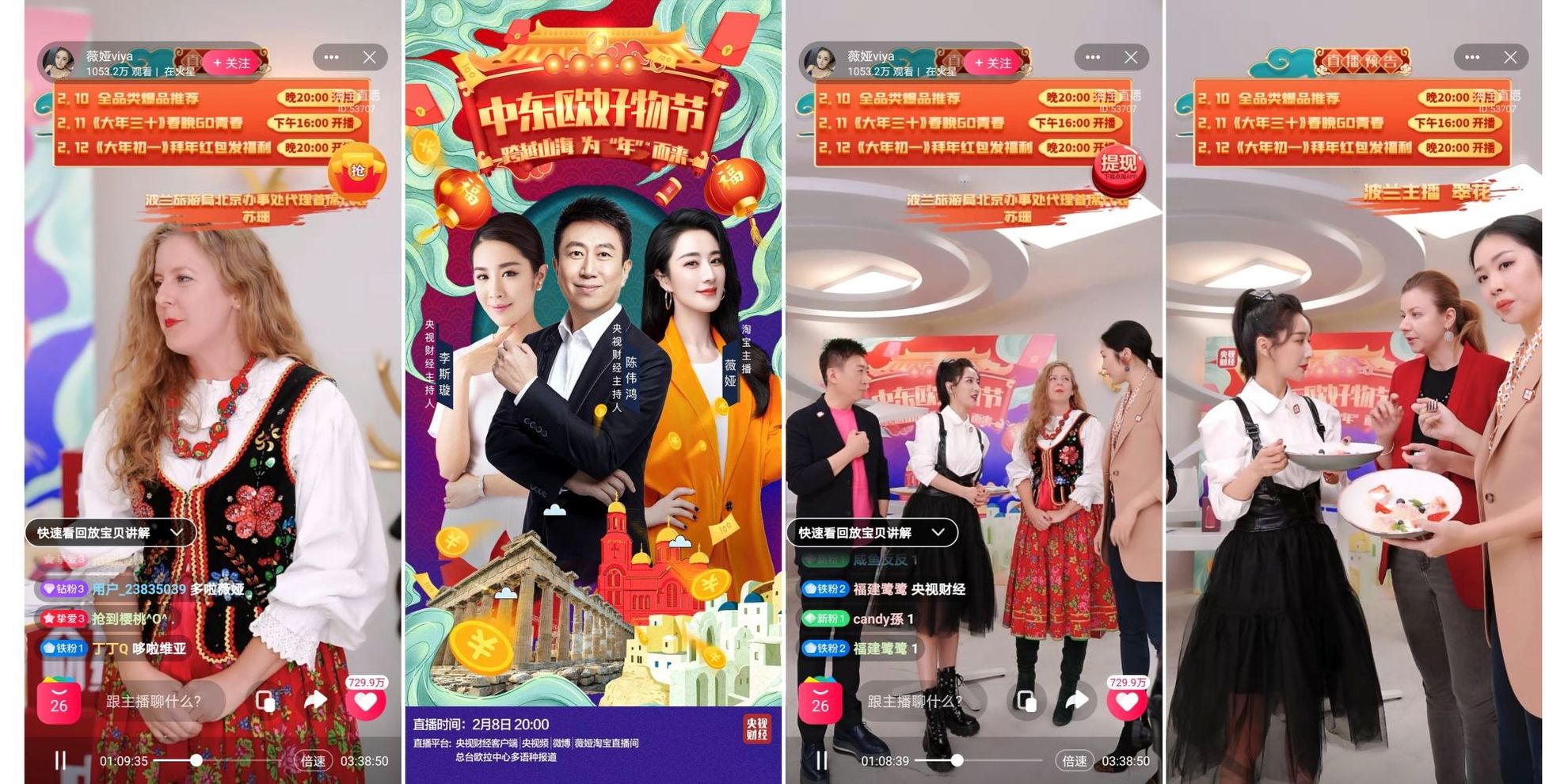 The live stream was part of a China Media Group campaign aimed at promoting the summit of the leaders of China and Central and Eastern Europe. The event was hosted by one of the Chinese internet’s most powerful influencers, WeiYa, who is capable of selling products worth a total running into hundreds of millions of dollars in just one live stream. The hosts tested the products on offer during the live stream, considering their pros and cons, interacting with viewers and encouraging them to make purchases at special prices.

The participants in the live stream included the director of the POT International Office in Beijing, Zuzanna Gutkowska. In Kraków regional costume, she talked with the hosts about Poland’s extensive tourism offering. The presenters were interested to hear stories about Warsaw and Kraków, the two cities most often visited by Chinese tourists. They also mentioned some fun facts from the history of relations between China and Poland: Chinese pianist Li Yundi, who became the youngest winner of the Chopin Competition in 2000, and Polish expats living in Harbin, northern China, who introduced local residents to Polish beer and sausages.

The other guest from Poland was Justyna Szpakowska, who has lived in Beijing for many years; she is familiar to Chinese people thanks to a TV programme on Chinese cuisine that she hosted a few years ago. Besides talking about Polish cuisine during the live stream, Justyna brought a rare delicacy with her: Polish pierogi with strawberries, which the presenters got to taste on camera.

Products from Central and Eastern European countries, including Poland, Greece, Bulgaria and Hungary, were offered for sale during the live stream. They were so popular that they flew off the virtual shop shelves within a few seconds! The stream was watched live by over 19.26 million viewers. Sales totalled approx. PLN 21.29 million, with Polish products accounting for PLN 2.75 million!