Staged by Polish Tourism Organisation’s International Office in Beijing, a three-month promotional campaign on the Tuniu platform, one of China’s leading online travel agencies and tourism portals, has just wrapped up. The objective was to introduce Chinese audience to Poland’s tourism highlights related to Fryderyk Chopin and to showcase itinerary proposals for touring our country. 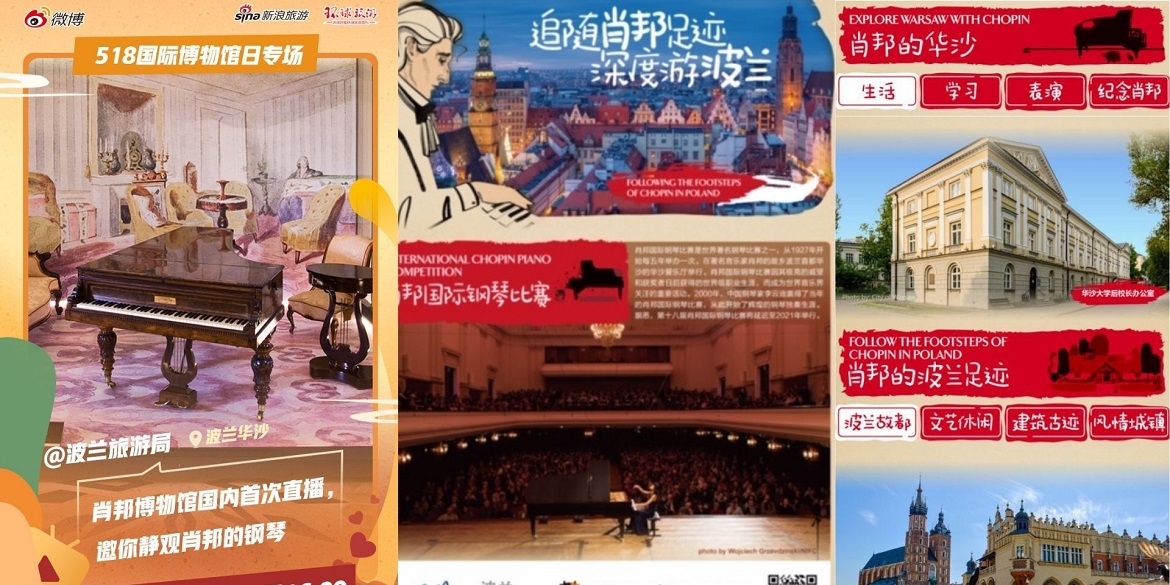 Fryderyk Chopin is among the most recognizable Polish brands in China. His legacy is greatly appreciated not only by the older target group, but also the youngest audience honing their musical skills. The campaign was developed to address an actual market demand, as last year Chinese tour operators have been showing significantly greater interest in educational trips connected with Fryderyk Chopin. They wish to expand their offer with both Chopin heritage trips and packages combining leisure with piano workshops staged in cooperation with Polish cultural institutions.

Importantly, POT’s International Office did not limit its efforts in the Chinese market to the campaign held in cooperation with Tuniu. Fryderyk Chopin’s legacy was also promoted at trade shows and webinars. Mention is due to a dedicated course launched on an e-learning platform and a special line of promotional gadgets based on the work of Polish illustrator Magdalena Pankiewicz. Live streaming from Chopin Museum was possible thanks to the dedication of the Warsaw Tourist Office and the Museum. Last but not least, a promo article was published in Wings of China, the inflight magazine of Air China.