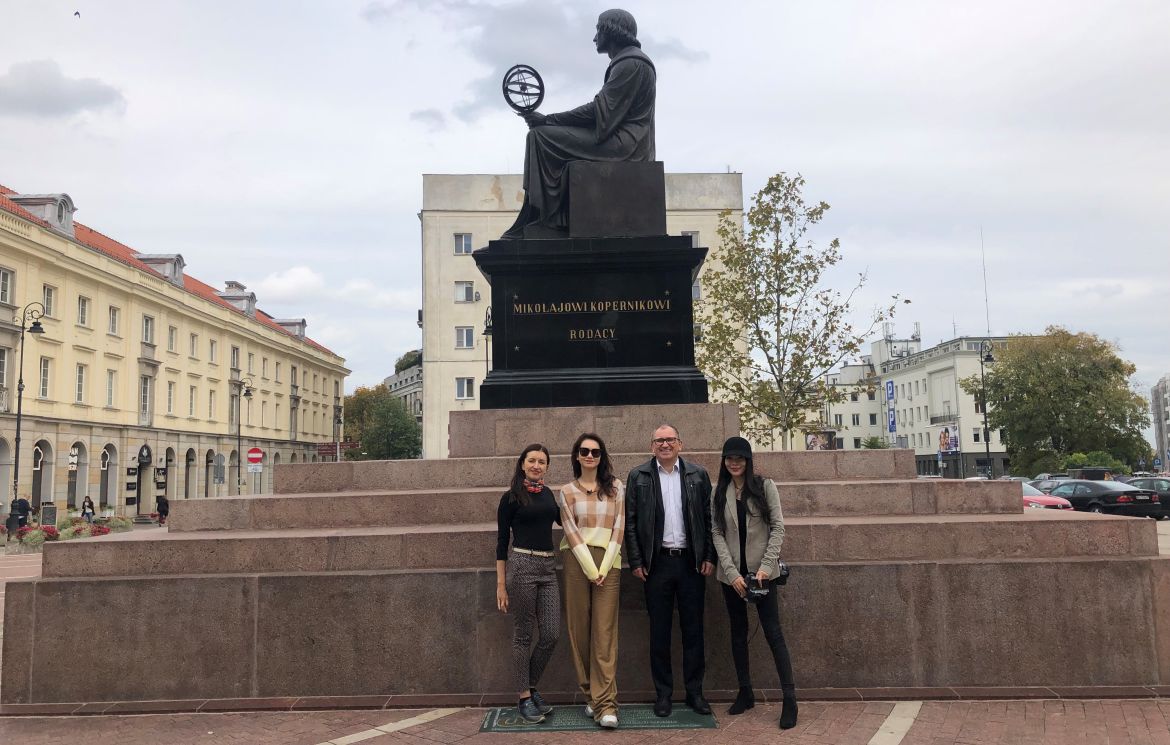 Now 35, Qi Wei originally debuted in the talent programme My Show and solidified her status among Chinese viewers by starring in the Women in Beijing TV series. She is followed by more than 45 million fans on Weibo, Chinese microblogging website, and 5 million fans on Xiaohongshu (RED) social media and e-commerce platform. Her posts reach a wide group of young social media users.

Thanks to the efforts of Beijing-based Polish Tourism Organisation International Office cooperating with the Freextar company (in charge of, i.a. Chinese editions of Harper’s Bazaar and National Geographic Traveller) and with the backing of LOT Polish Airlines and Warsaw Tourism Organisation, Qi Wei spent several days in Warsaw, where she shot special video material documenting her stay, which will be available through Chinese streaming services. The eagerly anticipated premiere will take place in early 2020. The actress then headed to Southern Poland to shoot a music video - the exact location was kept secret until the last minute.

The cooperation with Freextar is inspired by the Chinese society’s increased interest in travelling. Last year Chinese tourists took part in more than 149 million foreign trips. As many as 12% of them travelled to Europe, which thus ranks second among most oft-visited continents, after Asia (accounting for 72% of trips).

From the Polish viewpoint, China is the third largest non-European market of incoming tourism and boasts huge potential of further growth. The campaign currently conducted is just one of many actions planned by the Beijing-based POT office intended to reach potential Chinese consumers and encourage them to choose Poland as their next travel destination.