For a long time the Polish Tourism Organisation International Office in Brussels has been pursuing a series of projects advertising Lower Silesia and Wrocław as a new tourist destination for Belgian visitors. This venture is connected with the introduction of a direct flight connection between Belgium and Wrocław, the first for several years. 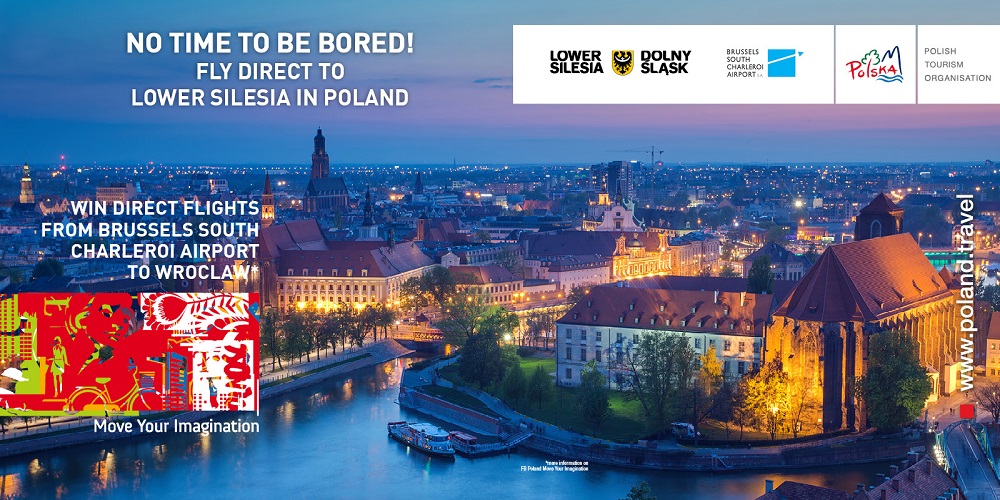 The last stage of the project is a media campaign, which starts already on 28 November. Its partners are the Lower Silesia Marshal's Office and Brussels South Charleroi Airport.

At the time of the campaign passengers of high-speed international train services such as Thalys, TGV or Eurostar will watch more than 30 visualisations of Wrocław at the largest Belgian stations: Bruxelles Midi and Anvers Centraal. Billboards will be situated next to platforms serving exclusively international trains.

A competition offering prizes is an element linking a number of undertakings conducted within urban space and online. Participants may win, i.a. flights allowing them to discover the attractions of Lower Silesia and its capital.

The competition will be advertised in the online travel magazine Grande, one of the largest tourism publications in Belgium. Information about the campaign will be also provided by Brussels South Charleroi Airport, both in its press notices and the social media. The whole venture will be enhanced by work conducted by the Brussels-based Polish Tourism Organisation International Office (Zagraniczny Ośrodek Polskiej Organizacji Turystycznej – ZOPOT) in a newsletter, on Facebook, Twitter, and ZOPOT profiles on Travel 360° and LinkedIn services.