A month-long Polish Tourism Organisation (POT) campaign promoting Poland in the Grand Duchy of Luxembourg ended recently. The focus of the project was the promotion of Warsaw, the only Polish city with direct flights to Luxembourg, and the background – the centenary of diplomatic relations between the two countries. The project partners were the Warsaw Tourism Organisation and LOT Polish Airlines. 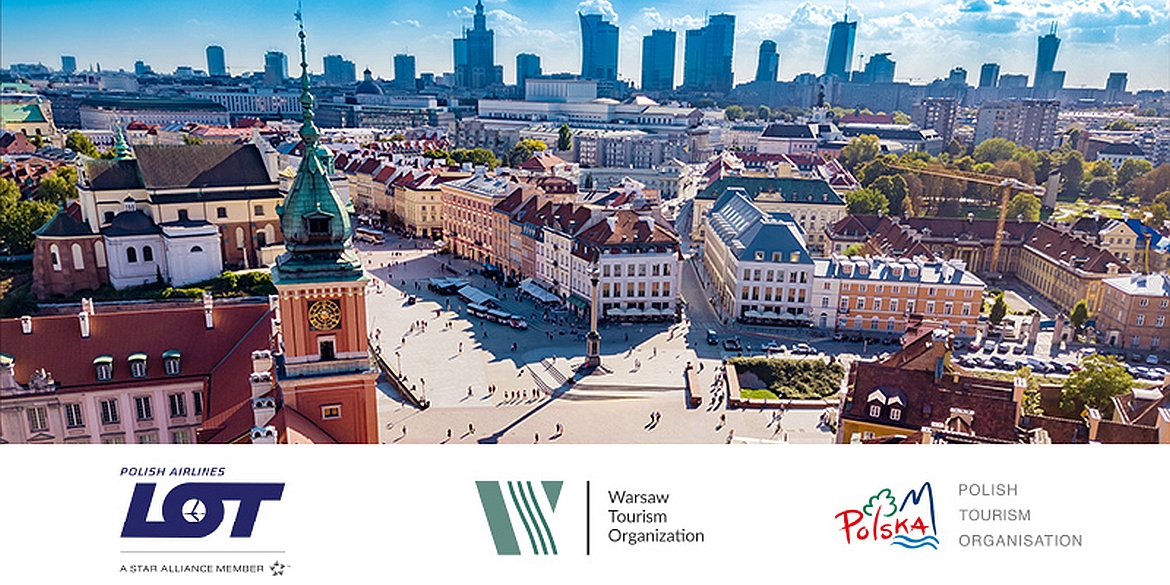 The campaign was featured on the radio station and web portals of RTL, the Luxembourgian market’s radio and electronic media with the greatest reach. Radio RTL Letzebuerg enjoys a daily audience of one in three Luxembourgers. The RTL portals get over 187,000 visits daily, which is a record-high figure for a country with a population of just 600,000.

In the first part of the project, Warsaw was the star of a very popular radio game called Panzerknacker, in which listeners break open a safe by giving the correct answers to questions asked by the RTL Letzebuerg presenter. The questions were based on brief reports about Warsaw that were aired from Monday to Friday. Radio spots specially developed for the competition and aired several times a day encouraged people to take part in the competition and explore the publications about Poland available on the radio station’s web portal. On Saturday the authors of the correct answers from the whole week battled for a fabulous prize funded jointly by the Polish Tourism Organisation, the Warsaw Tourism Organisation and LOT Polish Airlines: a VIP stay in the Polish capital, including air tickets from Luxembourg, accommodation at the Warszawa Hotel, a boat trip, spa sessions, dinner at Warsaw’s best restaurants, and a visit to the Polish Vodka Museum, with tasting.

A high point of the campaign was provided by the mini-reportages about Poland broadcast on the radio during the competition week, which were produced by the project’s partners and presented different aspects of Warsaw. The city’s tourist attractions, its hotel and spa & wellness offering, practical information and flight connections were outlined by the staff of the POT International Office in Brussels. The phenomenon of the River Vistula’s two very different banks was recounted by Joanna Montenarh from Travel Project DMC Poland. Polish Ambassador to Luxembourg Piotr Wojtczak gave a very knowledgeable and passionate talk about Warsaw’s culinary scene.

The second part of the campaign featured an extensive project on RTL online media. The platform has profiles in three languages, enabling it to reach Luxembourgers as well as the large expat community living in the duchy. The campaign covered all three profiles. Articles about Warsaw, banners urging people to take part in the competition, and short pieces of information were published before and during the Panzerknacker competition. To boost the message, an in-depth article about Warsaw was published afterwards, presenting the biggest tourist attractions as well as the POT’s partners taking part in the campaign.

A report provided by RTL confirms this was a powerful campaign: the online activity had over a million visits, while the info about the competition reached 223,000 listeners of RTL Letzebuerg.