The blogger Anoushka Probyn and the influencer couple Brock and Betty visited Małopolska, invited by the Polish Tourism Organisation. The trip was an opportunity to discover Kraków’s history and culinary heritage, and to explore the picturesque trails in the Tatras. 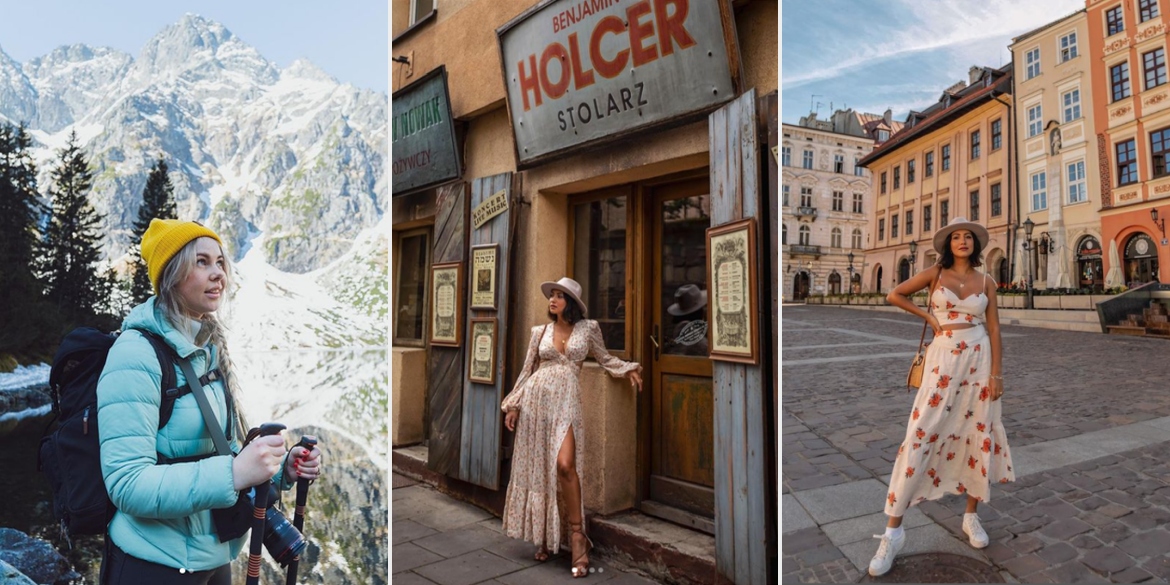 Late in the spring, Poland was visited by a couple of popular UK influencers: Brock and Betty, who run the blog  https://www.brockandbetty.co.uk/, and Anoushka Probyn, whose Instagram account has more than 100,000 followers.

Brock and Betty specialise in active tourism, and that is why the main theme of their May trip was hiking  in the Polish Tatras. In addition to two days in Zakopane, the bloggers were also able to visit Kraków, in particular places connected with the history of the city as well as its culinary heritage.

Kraków was also the destination of Anoushka Probyn’s visit in June. The blogger learned about the culture and history of the capital of the Małopolska region, as well as its exceptionally rich food scene. During her trip, Anoushka saw some of the most important sights, including: the Main Market Square, the Cloth Hall, the Wawel Castle and Kazimierz. She also opted for a tour of Nowa Huta in a historical lada car. The sightseeing was complemented by numerous food stops, an aspect in which Kraków never disappoints.

Kraków City Hall partnered with PTO in organising both trips. The visit of Brock and Betty was also supported by the Małopolska Tourism Organisation.

The result of cooperation with the influencers is extensive coverage on their social media and their websites, where they described their time in Poland illustrated with beautiful photography.