Representatives of the management of POT, Silesian Tourism Organization, Association of Jura Communes and Directorate-General of State Forests met in the seat of Polish Tourism Organisation to discuss the development of the cycling infrastructure on the Trail of Eagle’s Nests. 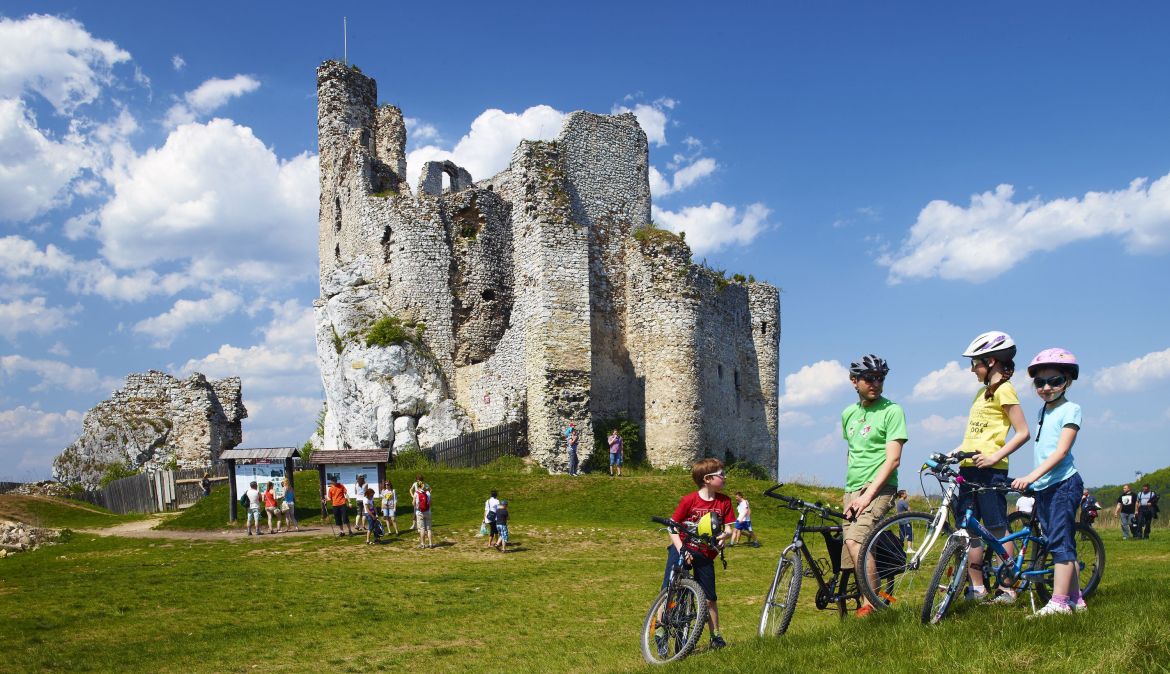 The Trail of Eagle’s Nests has exceptional significance for the image of Silesia and the region’s tourism sector. The esteemed brand value of the Trail was emphasized by receiving the Golden Certificate of Polish Tourism Organisation, awarded only to top tourist products selected in a nationwide competition. The Trail of Eagle’s Nests figures prominently in the programme of encouraging national tourism and is a part of the promotional campaign conducted by POT.

Polish cycling routes crossing scenic forest areas are increasingly popular among a significant number of domestic and international tourists, enthusiasts of active leisure time. The cycling infrastructure of the Trail of Eagle’s Nests is continuously adjusted to the high level of European standards required from organisers of modern bicycle tourism. Correct implementation of a project modernizing a fragment of a cycling route on the discussed Trail in the Pilica commune will be possible thanks to cooperation with State Forests.

During the talks held by Polish Tourism Organisation, Silesian Tourism Organisation and Directorate-General of State Forests arrangements have been made about works on delineating new sections of cycling routes and improving the surface of existing ones, in accordance to defined technical standards, designating tourist facilities, including parking lots, stopover points, viewing spots, as well as defining route signs that would cover the trail and match the adopted standards. The necessary construction and renovation works on the cycling routes of the Trail of Eagle’s Nests will be funded jointly by State Forests, Silesian Tourism Organisation and the Association of Jura Communes. Cyclists will be able to appreciate all the positive effects in next spring.