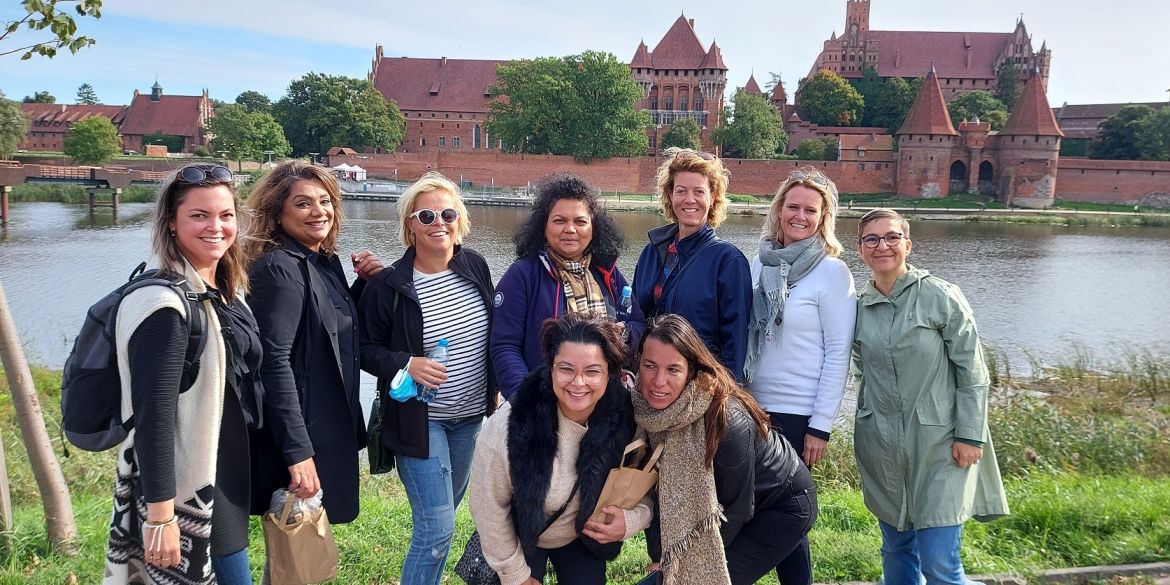 The Travel Club is the Netherlands’ largest and the fastest growing association of independent travel agents, travel agencies, and business advisers.

The visit organised by the Polish Tourism Organisation was aimed at presenting the offer of the Tri-City and the region. Most of the people, who took part in the trip, had never been to Poland before and had a very vague idea of it. All this changed upon their arrival at Gdańsk Airport. From the very beginning, the guests appreciated the neat spaces and interesting architecture of the airport.

Accommodation at the PURO Hotel in the centre of Gdańsk was another very positive surprise for the Dutch travel agents. The participants then visited Gdańsk, Sopot and Gdynia, went to the Malbork castle, took a boat trip to the Hel Peninsula, learned about the cultural heritage of the Mennonites and became familiar with the region’s cycling tourism offer. There were also opportunities to try local delicacies.

During their stay in Sopot, a meeting was also held with representatives of the Sopot Tourism Organisation to discuss the assets of the place and its attractiveness for Dutch tourists.

The opinions on the trip, both during and after the stay, were very enthusiastic. Participants emphasised that they had seen many beautiful cities in Europe, but Gdańsk far surpassed many of them. They found the diversified offer of the Tri-City and region attractive to the Dutch, and thanks to the regular flights (KLM and WizzAir), reaching Gdańsk from the Netherlands is not a problem. Many of them declared the intention to include the Tri-City in the catalogue of their travel offer still this season.

In November, the International Office in Amsterdam will take part in workshops organised by The Travel Club during which it will present opportunities for relaxation in other Polish cities and regions.