The 38th edition of the Carpathian Couriers Race, one of the most important events for young cyclists aged up to 23, will take place from 29 to 31 August. This year the entire route lies within Poland. Rafał Szlachta, president of the Polish Tourism Organisation (POT), took part in a conference promoting the race. 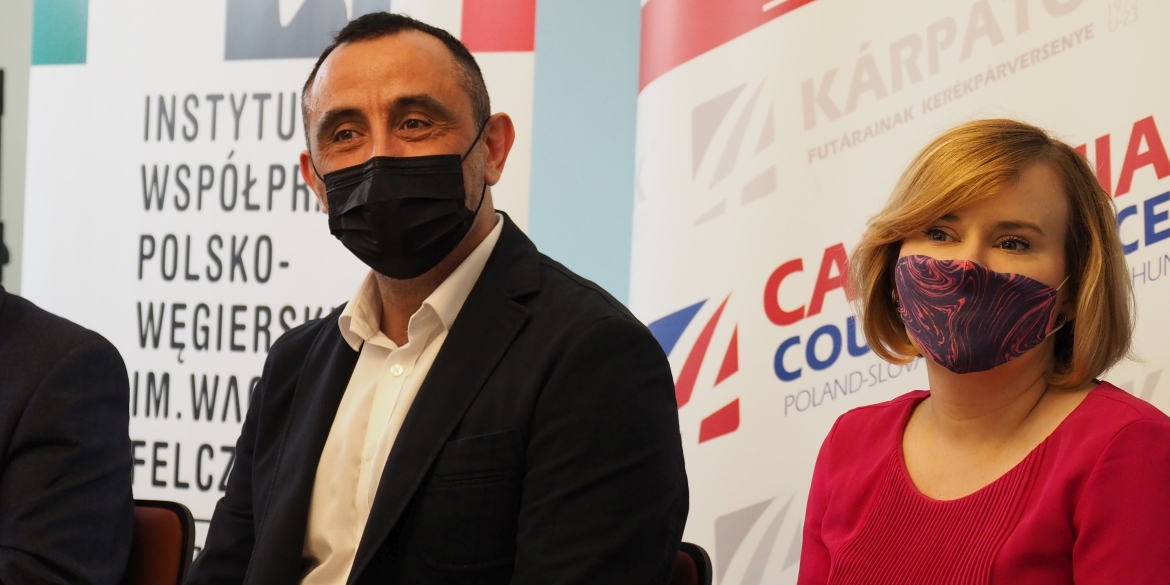 The first presentation of this year’s Couriers Race, now in its 38th edition, was held in Warsaw at the race organiser’s headquarters. It was attended by secretary of state at the Ministry of Culture, National Heritage and Sport, Anna Krupka, the Wacław Felczak Institute’s director, Maciej Szymanowski, POT President Rafał Szlachta, the director of the Carpathian Couriers Race, Tomasz Wójcik, and Stanisław Aniołkowski – winner of two stages in the 2019 race.

“The Carpathian Couriers Race is not just a sports event, but also a historical one”, remarked POT President Rafał Szlachta. “This kind of event also enables us to show Poland as a strong, attractive and beautiful country, offering great conditions for active tourism as well as relaxation. Passing on knowledge about Polish heritage to younger generations is key for shaping patriotic attitudes. This cycling race is a perfect opportunity to showcase regions whose origins are deeply rooted in Polish culture. The route runs through picturesque localities which are still not familiar to many Polish people. I am confident that, once again, we will succeed in presenting our country’s power and potential”, he continued.

This year’s Carpathian Couriers Race will start on 29 August in Baranów Sandomierski. First, there will be a four-kilometre prologue in Połaniec, followed by two stages from a shared starting line along distances specified in the regulations. The 140 km Tarnów–Ciężkowice stage will take place on 30 August, and then the cyclists will race over 130 km along the Muszyna–Niedzica Castle section. Unusually, this year the race’s route runs entirely within Poland’s borders.