The 2022 FITUR International Tourism Fair started in Madrid on 19 January. The Polish Tourism Organisation had prepared a large and one-of-a-kind stand at which 11 exhibitors - Polish cities, regions and tour operators - presented their offer. This was the first industry event on a global scale this year. 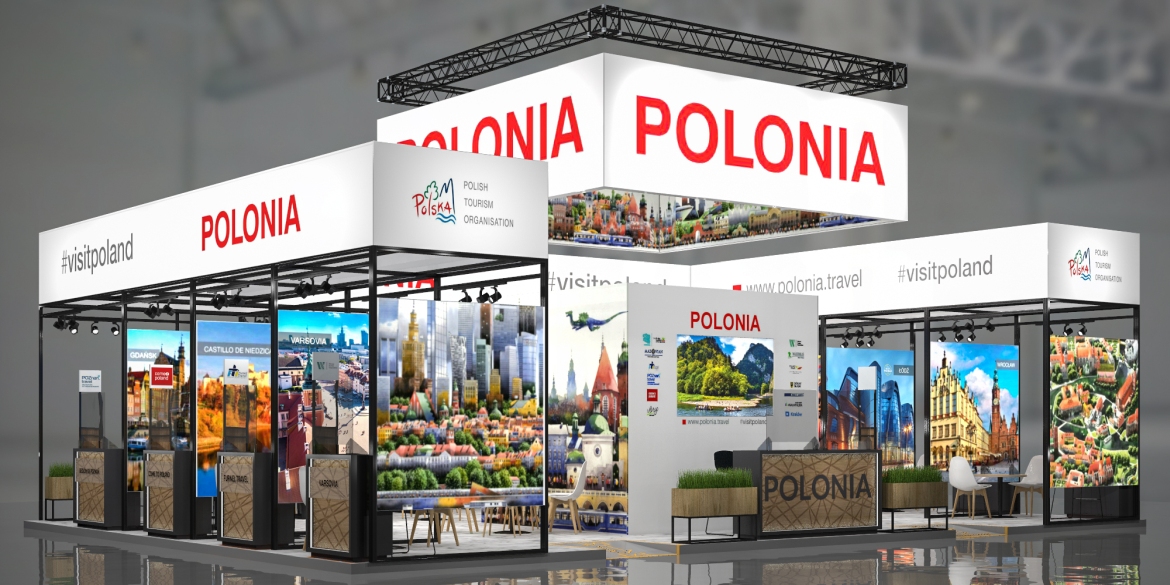 As every year, the FITUR 2022 took place in Madrid. The four-day global fair is considered the third most important industry event in the world. The organisers anticipated a gradual return of non-European exhibitors and the participation of Latin American tourism industry representatives, which had traditionally been an additional asset for European destinations and their tourism industries.

The Polish Tourism Organisation had prepared a large 369 feet long stand, at which 11 exhibitors presented their offer. This was a great opportunity to promote tourism in Spanish-speaking markets. In addition to re-establishing business contacts, participation in the fair strengthened Poland’s image as a stable and credible destination both among the industry and in the eyes of those visiting the fair.

Spain wants to travel again. According to many studies, travelling is at the top of the ranking of goods people in Spain wish to consume. European destinations will continue to be the most popular ones because of formal and sanitary considerations. The Spanish were looking for destinations offering good quality services at a relatively low price. Thus, as it was last year, the presence at the trade fair, even with fewer visitors on open days, brought image benefits, while the presence of the Polish industry showed the stability and strength of inbound tourism resulting in fostering trust among partners.

The 2022 FITUR in Madrid was yet another one of the fairs on the Spanish-language market to have been held in an in-person formula during the Covid-19 pandemic. The event was run with a strict sanitary protocol in place.