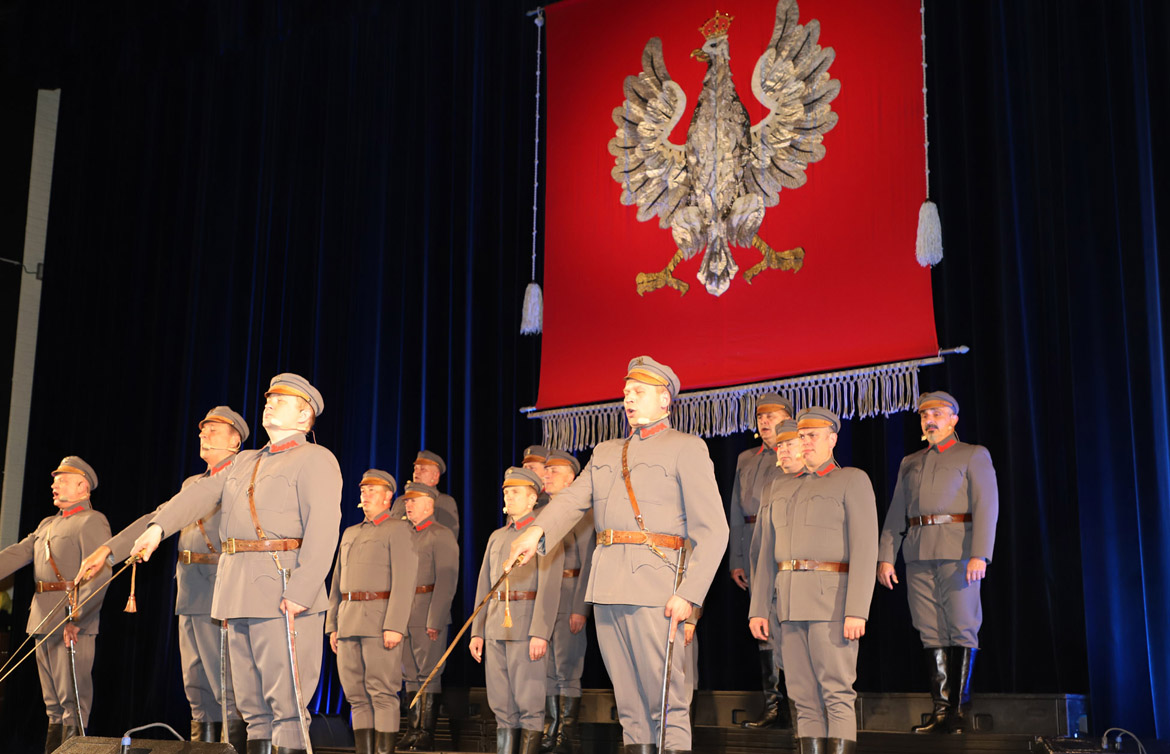 The crucial event aimed at an international audience of 1,000 was staged on a grand scale, with a military-like discipline and quintessentially Polish swagger. The programme was opened by speeches of Colonel Wojciech Ozga, the Polish Military National Representative at SHAPE, and Joanna Doberszyc-Toulsaly, Deputy Ambassador of the Republic of Poland to the Kingdom of Belgium, followed by i.a. performances, a lottery, and a tasting session of regional Polish cuisine. A concert by the Representative Artistic Ensemble of the Polish Armed Forces performing Polish patriotic and army songs plus masterful arrangements of world-famous hits from, i.a. Fiddler on the Roof, Saturday Night Fever and the unforgettable repertoire of Edith Piaf, attractively complemented the evening’s programme.

The space of the concert hall’s foyer was filled by an exposition of Polish Tourism Organisation (Polska Organizacja Turystyczna - POT) with photograms depicting the wooden architecture trail in Małopolska.

In the second part of the evening, in a less official atmosphere, guests gathered by a table with traditional examples of Polish cuisine. Żurek soup, smoked fish, game dishes, confectionery and children’s sweets reigned supreme in the menu.

Dominating above the open-air stage, a LED display was showing promotional photos and videos of Polish Tourism Organisation. The images of Poland’s tourist highlights created a communication background for a lottery with awards referring to various leisure options. The winner of the main award, a weekend in Warsaw along with a flight funded by POT and PLL LOT, was a participant from Spain. The voucher will make it possible for her to visit Poland for the very first time. Attendants also received gift baskets with regional products and promotional tourist souvenirs.

“Crucial from the viewpoint of promotion, events of this kind are characteristic for official international relations in Belgium. Few other countries boast a similarly significant number of international representations and institutions. The NATO headquarters alone employ representatives of 40 nations”, emphasizes Dominika Szulc, Head of the Brussels-based POT office.